Does Café Coffee Day fit into Coca-Cola’s scheme of things? 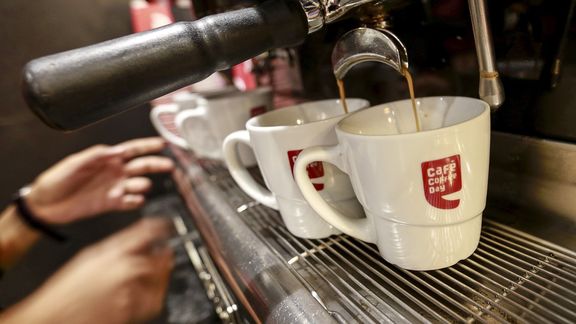 Can another cuppa, this one in India, help Coca-Cola de-risk itself from its traditional soda business?

Amid a growing shift to healthier drinks, the beverage giant has for a while been diversifying its portfolio beyond carbonated drinks. Ten months after it splurged $5.1 billion (Rs35,000 crore) to acquire UK-based Costa Coffee, the Atlanta-based company is now said to be eyeing a major stake in the Indian retail chain Café Coffee Day (CCD). Neither company has confirmed the talks yet, though.

For VG Siddhartha, promoter of the Bengaluru-based Coffee Day Enterprises (CDEL), which runs CCD, the primary rationale would be to pare his group’s rising debt. Earlier this year, he sold his roughly 20% stake in the information technology firm Mindtree.

However, does it make sense for Coca-Cola, primarily a bottled drinks seller, to vie with established players like Starbucks and Barista for a share of India’s coffee retail pie?

Coca-Cola is struggling with growth both in India and globally.

“The cola giants (Coca-Cola and Pepsi) have invested heavily in infrastructure but cannot keep up with the consumer preference for healthier drinks. This calls for a change in strategy, and possibly a complete overhaul of focus products in India,” said Vineet Trakroo, CEO of Evolution Strategy Advisors, a Gurugram-based marketing consultancy firm.

A toehold in India’s Rs2,500-crore coffee retail market could give Coca-Cola an opportunity to pursue young and aspirational consumers. CCD is a place where youngsters hang out, professionals meet, and where the startup entrepreneur often works from.

“Investing in a coffee retail chain is an attractive proposition for Coca-Cola, looking for a slice of the young India that prefers to eat out,” said Rini Dutta, founder of Centric Brand Advisors, a Bengaluru-based firm specialising in brand positioning and sales strategy.

Besides, there are other synergies.

As of March 2019, CCD had 1,752 cafes and 60,000 vending machines across India. “Coca-Cola can use CCD’s network and loyal customers to help increase consumption of its existing international products like fruit juices, Georgia coffee, and Fuse Tea,” suggested Trakroo.

However, with Costa Coffee already in its pocket, does Coca-Cola need a second coffee retailer in its portfolio?

Experts suggest there won’t be any cannibalisation as Costa Coffee has a dominant presence in the UK. CCD on the other hand, is an India-focused acquisition.

“Even in markets where both brands co-exist (like in India), their value proposition and positioning is quite distinct. CCD is for the value-conscious, young customer graduating to the coffee culture. Costa Coffee targets the more discerning and affluent customer segment,” said Saurabh Uboweja, CEO at Brands of Desire, a Delhi-based management consulting firm.

Yet, taking the acquisition forward won’t be a walk in the park for Coca-Cola.

CCD operates in a dynamic brick-and-mortar retail space, quite different from Coca-Cola‘s familiar turf of product retail. “The dynamics of delivering customer satisfaction in a café (retail) environment, including increasing ticket size, and ensuring adequate footfalls, is different from the traditional beverage business,” pointed out Dutta.

Then there’s the question of CDEL‘s debt, which, as on March 31, stood at Rs6,547 crore, or two-and-a-half times its net worth, and also more than its market capitalisation. This is a problem even as sales and profits at CCD have been growing in the last three years.

Also, the US giant would know from its recent experience, the complexities of running a retail chain in India.

Coca-Cola’s plans to expand the coffee chain are being hindered by the franchise agreement that Costa Coffee’s previous owner, Whitbread, had with billionaire-bottler Ravi Jaipuria, according to the Business Standard newspaper. Jaipuria-owned Devyani International continues to run about 50 Costa Coffee stores in India. Coca-Cola is yet to work out a deal for his exit from the franchise agreement.

These nitty-gritties may prove an irritant once the beverage-maker buys CCD.

Lastly, Coca-Cola will have to hook customers to take a lead over Starbucks, Barista, and newer tea cafés such as Chaayos. “Today, the price difference between CCD and Starbucks is not high but the brand experience is significantly lower in CCD. The challenge for Coca-Cola will be to offer a better customer experience,” said Trakroo.