Can India cash in if Apple shifts some manufacturing out of China? 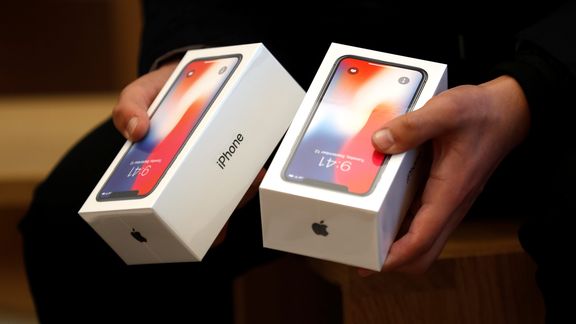 The ongoing US-China trade has the potential to benefit India.

Cupertino-headquartered Apple Inc. is looking to shift 15-30% of its production in China to other parts of southeast Asia, Nikkei Asia Review reported on June 19 citing unnamed sources.

If Apple does make such a shuffle, India will stand to gain, experts believe.

“We believe, realistically, in a best-case scenario, Apple would be able to move 5-7% of its iPhone production to India in the next 12-18 months,” WedBush Securities analyst Dan Ives told Fortune magazine. “Moving 15% of its iPhone production from China to other regions (India and Vietnam would be top candidates) would take at least two to three years in our opinion.”

Already, some of Apple’s handsets such as the low-priced iPhone SE and the three-year-old iPhone 7 are assembled in India. In December 2018, Reuters reported that Apple may also start assembling the newer iPhone X in India sometime in 2019.

But ramping up manufacturing in India won’t be without hurdles for the iPhone-maker.

From idea to execution

For one, India’s policies are fine on paper but often not so in practice.

“(The) Indian system lags in implementation and is perceived unfair when it comes to dealing with multinational companies,” said Yugal Joshi, vice-president at Texas-based consultancy Everest Group, citing the earlier sudden changes in the country’s e-commerce policy.

Then, the Indian government is mulling contentious data localisation policies that could deter global companies from entering or expanding business in India.

On top of it, geopolitical tensions are rife even between India and the US. Most recently, on June 5, Washington DC withdrew a key trade privilege for New Delhi and India retaliated 11 days later by imposing higher tariffs on 29 US goods.

“Given the possibility of an escalation in trade issues between India and the US, and geopolitical issues relating to Iran, India relocation carries significant risks that will weigh on the team making an assessment,” Vivek Durai, founder of business intelligence platform Paper.VC, told Quartz. “The overall global trade environment risks becoming a series of bilateral plays making it much harder to create a reliable cross border supply chain.”

If all goes well policy-wise, capacity is the next question Apple has to address.

Two Taiwanese Apple suppliers Wistron and Foxconn have a presence in India. While Wistron has a manufacturing facility at the outskirts of Bengaluru, Foxconn has a factory near Chennai.

However, the companies produce small volumes at these units.

“Apple will look to a strong and welcoming state government, ideally in south India, that can provide the tax and real estate sops it might need to scale manufacturing,” said Durai. “Existing facilities would definitely need upgrades. Also, you’d have to consider scaling your entire supply chain as well.”

Even before headlines about curbing China production made the rounds, Foxconn had already kickstarted expansion talks with the Indian government. Plus, the overhaul won’t happen overnight, so India still has time to gear up for it.

Ramping up production in India could help Apple overcome one of its long-standing challenges in the world’s second-largest smartphone market: reducing prices of iPhone.

iPhone currently has just 2% market share in India, despite Apple’s many efforts to grow its presence here.

Local production could help circumvent the high import duty on the handsets, which are more expensive in India than most Asian countries and even New York.

Earlier, Apple has tried to introduce refurbished phones in India but the Narendra Modi government has resisted citing the country’s snowballing e-waste crisis.