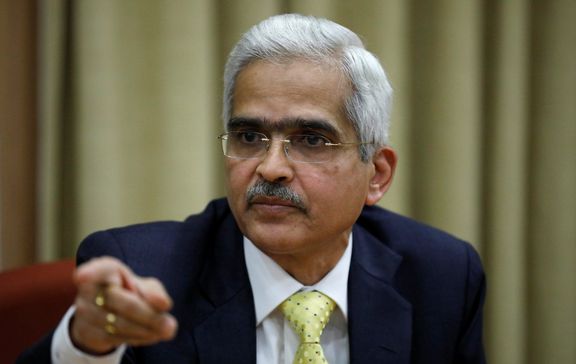 For the first time since 2013, India’s central bank has announced a third consecutive cut in key policy rates.

The repo rate—at which the Reserve Bank of India (RBI) lends to commercial banks—was today (June 5) reduced by 25 basis points to 5.75%. One basis point is one-hundredth of a percentage point.

The RBI also changed its monetary policy stance from “neutral” to “accommodative,” said governor Shaktikanta Das. This means rate hikes are unlikely in the near future.

Interestingly, this time around, all six members of the RBI’s monetary policy committee (MPC) recommended a rate cut. This is unlike in the past, when such decisions were rarely unanimous.

The rate cut bodes well for an economy grappling a slowdown.

However, equity markets were not enthused as the benchmark indices Sensex and Nifty were in the red in late afternoon trade. “While the rate cut of 25 basis points was in line with our expectation, concerns over growth and challenges regarding liquidity linger. The markets are not cheering the rate cut as it was already factored in and something more was expected,” said Naveen Kulkarni, head of research at Reliance Securities.

Here are the other highlights of Das’s first policy announcement since the 2019 general elections, coming ahead of the new Narendra Modi government’s first budget expected in July.

At 5.75%, the repo rate is at its lowest since July 2010. A low repo rate is good news for consumers as it means banks will pass on their lower borrowing costs to them as cheaper loans.

However, many banks have hesitated despite past cuts, but the RBI believes the transmission will become better in the coming months.

Also, with the stance shifting to accommodative, more rate-cuts can be expected. “We expect MPC to cut rates by an additional 50 basis points through the year,” said Garima Kapoor, economist at Elara Capital.

Last week, official data revealed that the Indian economy expanded at only 6.8% in financial year 2019—the lowest in five years. In fact, India is no longer the world’s fastest-growing major economy.

This had made today’s rate cut a near certainty.

“…growth impulses have weakened significantly,” the RBI said in its policy document. “A sharp slowdown in investment activity, along with a continuing moderation in private consumption growth, is a matter of concern.”

Going ahead, the issues may persist. The central bank has revised its growth forecast for financial year 2020 from the earlier 7.2% to 7%.

Consumption demand, too, has been hit and exports remain subdued. Unemployment is a major concern, and so is the slowing of service sector activities.

India’s shadow banking economy is in deep crisis, a key factor that has derailed growth, the government says.

While the central bank had earlier announced plans to make capital raising easier for non-banking financial companies (NBFCs), and also planned to increase their scrutiny, today’s announcement lacked details on that front.

Within the shadow banking segment, it is the housing finance companies (HFCs) that are worst-hit. These fall under the ambit of market regulator Securities and Exchange Board of India (Sebi).

“The RBI does not regulate the HFCs but the banks have significant exposures to them, so there is a mandate to look after the financial stability and the RBI has been monitoring the situation,” said Das.

While an SFB is allowed to carry basic banking activities, a payments bank in India is not allowed to lend but can accept deposits and provide certain other services such as remittance and mutual fund distribution.

The RBI today announced it will look at introducing draft guidelines for “on tap” licensing of SFBs by the end of August 2019. This means a special window to grant the licence is not required and eligible players can approach the banking regulator as and when they are ready.

This is viewed as a big thumbs-up for the SFB segment. However, the RBI has sought more time to set up a similar structure for payments banks, most of which are struggling in India.