A look back at Narendra Modi 1.0 as he readies for a second term 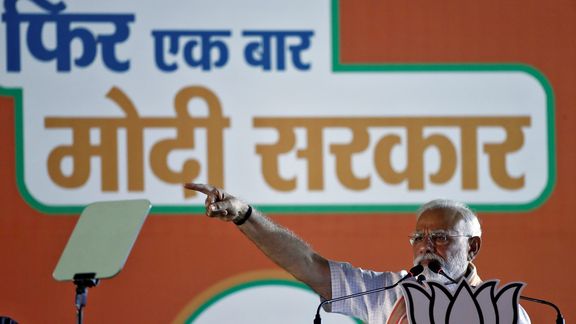 It’s round two for Narendra Modi in India.

His Bharatiya Janata Party’s (BJP) win in the 2019 general election comes despite apprehensions over a bunch of social and economic issues that wracked his first tenure. These include rising Hindu nationalist bigotry, insipid economic performance, and some dramatic policy decisions that fell flat on their face.

Now that the world’s largest democratic exercise is done and dusted, Modi gets another chance to bring the promised, but as yet elusive, achche din (good days) he promised five years ago.

The man himself has, meanwhile, built up a certain aura around him. From his sartorial choices and frequent travels, to his interactions with celebrities and the media, there is rarely anything about the Indian prime minister that is not dissected.

If nothing else, Modi is a fashionista in his own right.

Dubbed India’s most stylish contemporary politician early on, he worked hard to maintain that impression. The short-sleeved, knee-length, pastel coloured kurtas became his signature style. The Modi kurta was often paired with what resembles the “Nehru jacket,” a piece of clothing commonly associated with India’s first prime minister Jawaharlal Nehru. As with most things Modi, even this sparked a national debate.

In the meantime, the Hindutva strongman had his way with other attire, too.

A suit once worn by him was later auctioned and made its way into the Guinness World Records as the most expensive clothing sold at auction. The Rs10 lakh ($14,350) outfit, covered in pinstripes saying “Modi” and monogrammed with his full name in gold, was auctioned for Rs4.3 crore.

His dresses were also sometimes complemented by resplendent headgear, making him, literally, a man of many hats.

Modi’s been an inveterate traveller for long.

Leaving his Gujarat home early in life, he not only traversed the country but also went beyond its shores. Even after becoming prime minister, his enthusiasm didn’t wane.

Within the first six months of taking office, he had spent almost 30 days abroad—a record for any Indian prime minister. Between May 2014 and now, he made over 90 official visits abroad, spending more than Rs2,000 crore.

Modi’s interest has mostly focused on the West, with the US being his most-visited country. This marked quite the turnaround for the man who was ostracised by the American government—his visa was denied in 2005—over accusations of his inability to stop the 2002 Gujarat riots targeting Muslims.

While his “bromance” with former US president Barack Obama was much talked about, it is Donald Trump with whom he is more often compared, particularly given their similar ideological moorings—hardline nationalism.

He has also focused his energies on the Indian diaspora in the US and on wooing new-age celebrity business leaders like , and Google’s Sundar Pichai.

Looking east, the prime minister also warmed up to China and even visited Mongolia, a country rarely on the Indian foreign policy radar till then.

The cumulative benefits of his many foreign trips, though, remain a mixed bag.

Modi has assiduously wooed India’s moviedom. From hobnobbing with the biggest Bollywood celebrities like Amitabh Bachchan and Akshay Kumar to cultivating close ties with popular regional stars such as Rajinikanth in Tamil Nadu and Suresh Gopi in Kerala, he has identified and worked on cinema as an opportunity to widen his reach and popularity.

His affinity for the movie industry may have spilled over into policymaking, too. His government’s budget for financial year 2020 saw the entertainment industry being granted a “single-window clearance” for swift and hassle-free permission for shoot locations—a facility available only to foreigners until then.

Thank u Hon’ble PM @narendramodi. All of us who had the incredible opportunity to interact with u today represent the world’s largest film industry & together we would love to inspire & ignite positive changes towards a transformative India. pic.twitter.com/7h99wifTph

Following the success of the January 2019 release of Uri, a Bollywood movie based on the surgical strike India carried out inside Pakistan in 2016, the prime minister was seen using the catchy line “how’s the josh?” (How’s the spirit?) from the movie.