The following post is brought to you by B&B Italia. Our partners are hand picked by the Design Milk team because they represent the best in design. 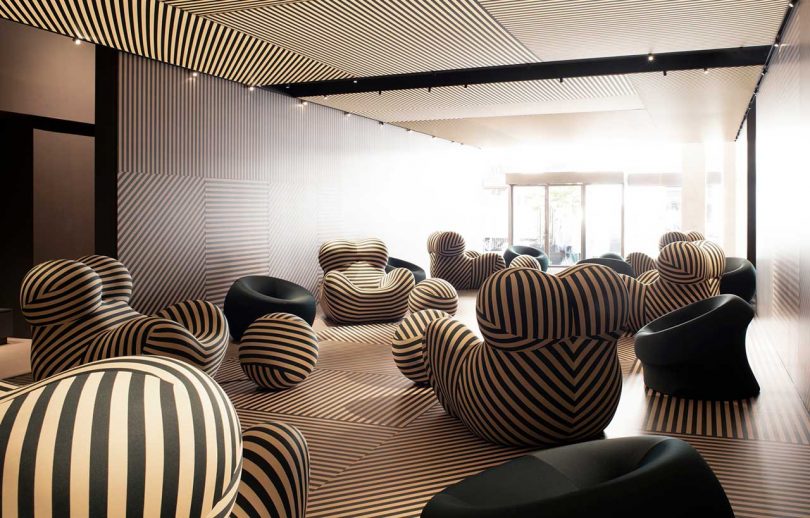 “Mama.” “La Donna.” Whatever the Up5 is affectionately referred to as, it’s inextricably connected to the word “iconic”. Making its debut 50 years ago in September 1969 at the Milan Furniture Fair, the armchair from C&B (which would later become B&B Italia), designed by Gaetano Pesce, was vacuum-packed and self-inflating, with hundreds set up around the fair’s space. Their unpacking became a presentation, a performance that was unmatched and surprisingly emotional as each piece grew and morphed into its full, final form. 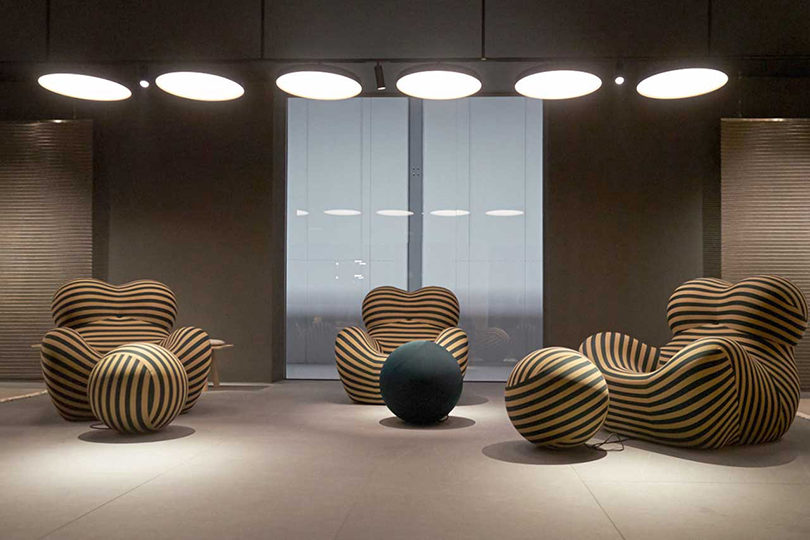 The idea for the design and application came to Pesce like many great ideas: while he was in the shower. Ultimately, Up5 evolved into Serie Up – a collection of six Up armchairs and sofas – made from expanded polyurethane that’s vacuum-compressed up to 1/10 of its actual volume, using a technique developed by C&B specialist of plastic materials, Camillo Colombo. Once the furniture is unpacked it immediately takes shape, thanks to Freon gas present in the polyurethane blend, and is an irreversible process. When it comes to aesthetics, the design of the series sits squarely between industrial and post-industrial design and is an iconic symbol of modernity. 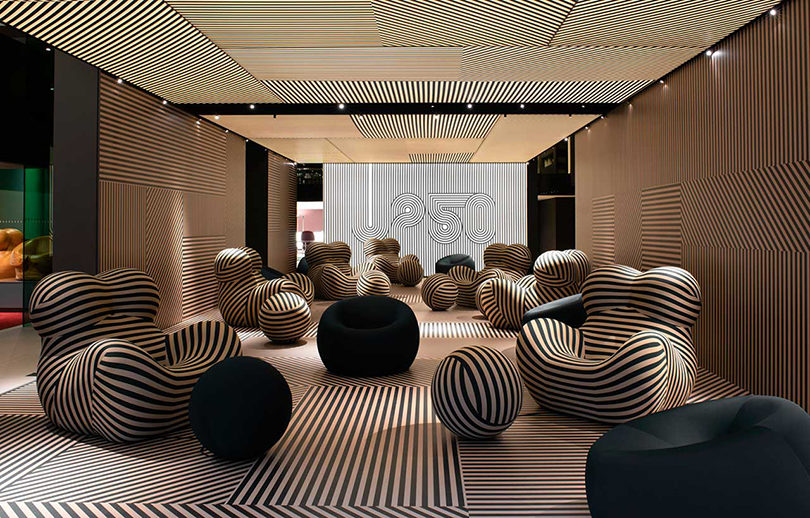 The Up5 opened doors for C&B that no one could have seen coming.

“Pierre Cardin wanted to meet us. Foreign firms asked for licences. Up was in fact a magnificent vehicle of internationalisation for C&B, and also a tremendous advertising tool for the firm’s technology,” Francesco Binfaré shared.

The ensuing ad campaign was visually led by Enrico Trabacchi and produced by Swiss fashion and advertising photographer Klaus Zaugg. They turned the chair into a provocative, sexy supermodel through typography, photography, and graphics in an ad campaign that would be remembered as groundbreaking. Afterwards Up5_6 proceeded to take on its own celebrity, Salvador Dali posed curled up on one and it also appeared in the 7th James Bond film Diamonds Are Forever.

In 1973, C&B became B&B Italia, and the Serie Up collection was removed from their catalogue due to a ban on Freon gas. Fast forward to Milan and the year 2000, when the Up5 armchair and Up6 ottoman were reissued. In 2014 a junior size was added to the mix, all under the Serie Up 2000 title which also included all seven original items from 1969. The only downside being that Up5 no longer inflates, rather, it’s made of cold shaped polyurethane foam. 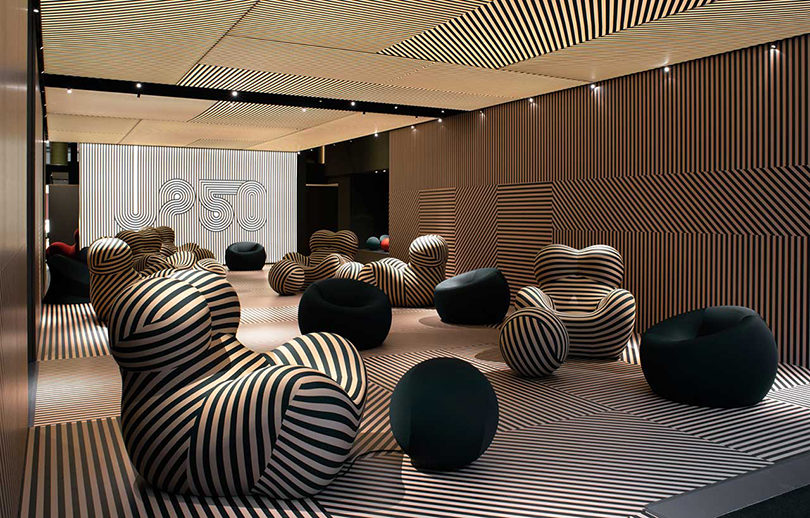 These days the polyurethane foam is injected into a mould. After being “baked” for two hours and a 48-hour cooling period, the chair is cleaned and trimmed before being covered by a tailor and their assistant with a stretch fabric that’s either a solid color or striped and hand-stitched. It’s known for taking on its most iconic form in red. 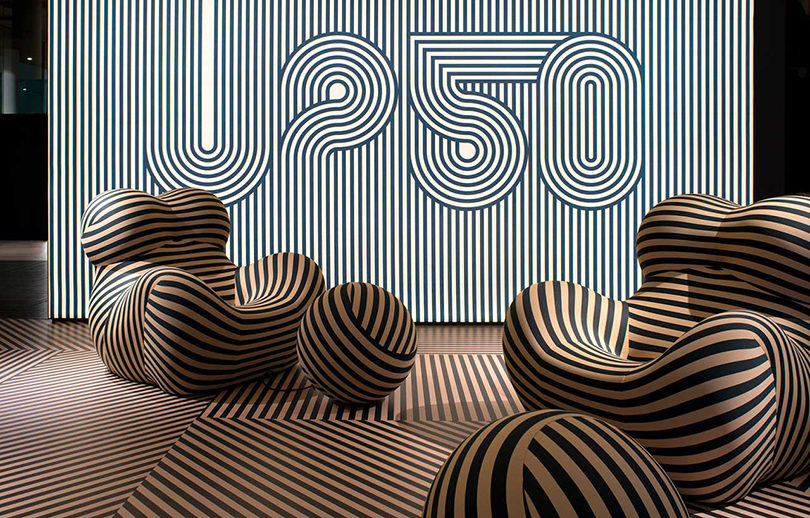