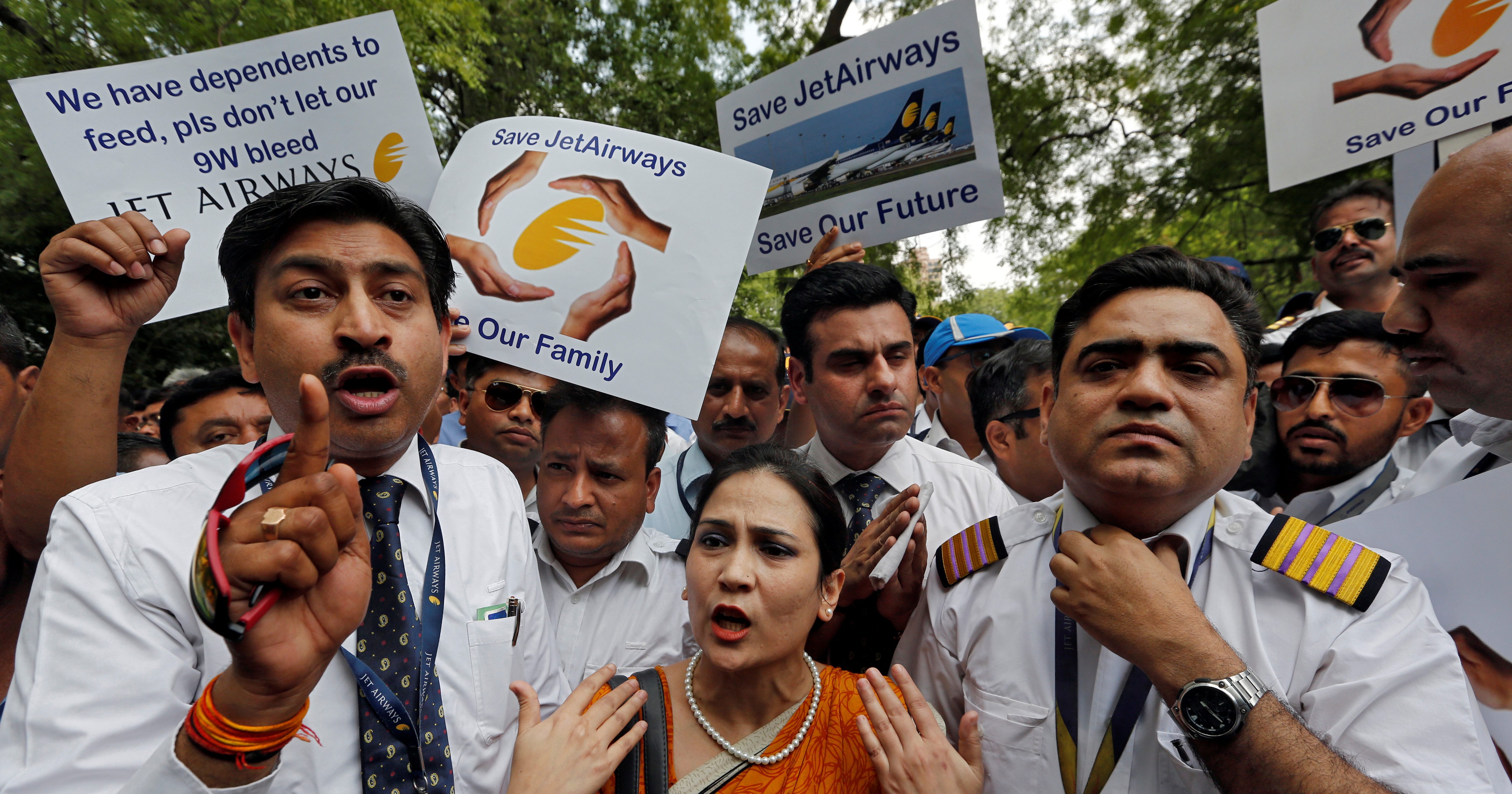 “Bills are just piling up. We have to pay for our children’s school and college fees, EMIs and what not. The situation is so terrible that many of my colleagues have taken up other jobs at pay cuts of 40%,” a Jet pilot, who did not wish to be named, told Quartz.

Amidst this turmoil, many startups, corporates, and even Jet’s rivals have been extending a helping hand to these desperate employees with job offers.

It began really small when a Chennai-based book publisher tweeted he had two openings for Jet Airways staffers at his firm.

Soon many others were stepping forward.

Happy to offer up-to ten @jetairways staff looking for an alternative career, an interest-free education loan to do full time post graduate programme at @SCoReInd that culminates with a job in Public Relations. If you know someone connect them to @hemantgaule or me for #PRSchool

If you are an employee of jet airways who is affected due to recent events, please take a look. #JetAirwaysCrisis #JetAirways #Jobs pic.twitter.com/5yZij8P5FH

Former Jet employees are also chipping in. For instance, Amit B Wadhwani, who now runs the Mumbai-based Sai Estate Consultants, is offering them jobs in quality assurance, pre- and post-sales audits, marketing, public relations, digital marketing, and banking and finance.

Startups such as Curefit, Bounce, and StayAbode have, meanwhile, offered to hire up to 150.

“The interested candidates can send their resumes to recruit@wework.co.in, an email ID created specifically for applications from Jet employees. The profile will be considered on priority for any of the open roles across verticals,” US-based co-working operator WeWork said in an April 24 statement.

For now, even the government seems to have pinned its hopes on such help.

On April 20, two employees’ unions, the Society for Welfare of Indian Pilots (SWIP) and the Jet Aircraft Maintenance Engineers Welfare Association (JAMEWA), requested help from the president of India and the prime minister in getting their dues. Their letter said:

We request you to consider the situation with the urgency it deserves and direct the management of Jet Airways (India) Ltd to expeditiously disburse all outstanding dues to affected employees.

“We want to make sure that the very capable and talented employees of Jet Airways are absorbed in the aviation ecosystem as quickly as possible and that they have a very good and soft landing. We are very focussed on ensuring good employment prospects for them,” India’s minister of state for civil aviation, Jayant Sinha, told the TV channel ET Now on April 21.

Soon after Sinha’s comments, the budget carrier SpiceJet announced it will hire up to 1,000 Jet employees. Ajay Singh, chairman and managing director of the airline, also expressed interest in hiring more.

State-owned Air India, too, had shortlisted around 150 such recruits.