As with Infosys, the Mindtree row is just another case of founders’ folly 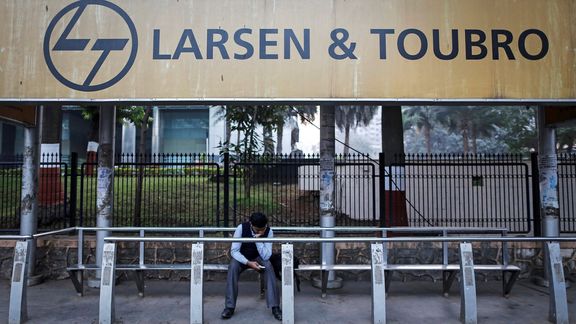 Yet another leading IT outsourcing firm in India is in the eye of a storm as its founders refuse to let go of the reins.

Bengaluru-based Mindtree has made headlines after one of its investors, the owner of coffee chain Café Coffee Day (CCD), VG Siddhartha, struck a deal to sell (pdf) his 20.32% stake in the company to Indian engineering giant Larsen & Toubro (L&T). The decision did not go down well with co-founders Krishnakumar Natarajan, Subroto Bagchi, Parthasarathy NS, and CEO Rostow Ravanan, who deemed the hostile takeover “a grave threat” to the 20-year-old organisation.

Besides opposing the deal on Twitter, the co-founders called a press conference to vehemently express their displeasure with Natrajan calling it “corporate India’s #MeToo moment.” They asked several sentimental questions to L&T, including, “If you persist in what you are doing, you will be forever remembered for this. Is this how you want to set an example?” and “what message are you giving to all startups in the country?”

This emotional outburst from the founders is uncalled for, experts say.

“Part of managing a business as large as this is agility in dealmaking…the management have shown poorer acumen than one expects from professionals of their calibre,” Vivek Durai, founder of business intelligence platform Paper.VC, said in an email last week. “They have also shown an amazing lack of ownership and foresight repeating exactly the same mistake as (Infosys founder) NR Narayana Murthy by passing the baton forward from one founder to another. A silly tradition that should never have started in a company that promotes meritocracy.”

On March 19, Bagchi resigned from his post as head of Odisha Skill Development Authority (OSDA) and announced his return to Mindtree to fight back against the takeover bid.

Mindtree has not been designed as an “asset” to be bought & sold. It is a national resource. It has a unique culture that humanizes the idea of business. It sets the standards of corporate governance. I need to be there in its time of difficulty. Hence the hard decision to return

Bagchi’s interference is reminiscent of Murthy’s April 2017 outcry over the salary of then-Infosys CEO Vishal Sikka and the hefty severance packages doled out to former CFO Rajiv Bansal and former chief compliance officer David Kennedy. By August, Sikka had quit and co-founder Nandan Nilekani returned after a gap of eight years as non-executive chairman to stabilise the leadership churn.

Even as the issues are different, the founders’ touchiness in both cases is pretty alike.

And that’s the difference between the modern startup ecosystem, where M&As and exits are part of the course, and the mature IT services industry, tech policy analyst Prasanto K Roy told Quartz. “…Subroto, KK (Natrajan), and others see the company they founded like their child. Not as a startup they will exit from, or trade in it for enhancing shareholder value,” he added.

The problem is that Mindtree and L&T may not be seeing eye-to-eye yet.

“The complaint is from a passion perspective,” said Yugal Joshi, vice-president of Texas-based consulting firm Everest Group. Mindtree has invested in newer areas such as agile, design thinking, and cloud services; it’s made crucial acquisitions, including buying out both UK-based Bluefin and US-headquartered Relational Solutions.

On the other hand, L&T, pipped a decade ago by Tech Mahindra in the bid for Satyam, had few mid-scale companies to choose from to “double its size and scale,” said Joshi. Syntel had already been acquired and so was Mphasis, he added. So the Mindtree bid makes sense. However, Mindtree perhaps “considers L&T to be a ‘below par’ competitor.”

Yet, experts believe this is the way forward for Mindtree.

“…the resignation of an investor/board member should have triggered early warning,” said Vidhya Shankar, executive director at advisory firm Grant Thornton, referring to Siddhartha quitting the Mindtree board in early March. “…public limited companies are always subject to open scrutiny as a way of corporate governance and protecting shareholders’ interest.”

For now, Mindtree will operate as an independent entity but a merger with L&T Infotech could be on the cards in a few years, once the businesses reach a scale of $5 billion in revenue each. “L&T Infotech’s energy and utilities presence should complement Mindtree’s travel and hospitality presence,” Lavina Quadros, an equity analyst at global research firm Jefferies, said in a March 19 note. Until then, the management “highlighted that every effort will be made for both companies to grow without disturbing the existing culture.”

Unlike in the US, where the hostile takeovers are far more common, Indian firms are still on unfamiliar ground.

“Initial reaction of (investors) seems negative based on the dip in share price but we have to wait and see as the board responds and post completion of the open offer,” said Harish HV, an independent analyst. Mindtree’s stock declined 1.5% intraday on Friday after it deferred its share buyback proposal. The promoters are slated to meet on Tuesday (March 26) to discuss it.

Minority stakeholders stand to gain between the two warring parties. “…if things get messy, then either of the sides will bid higher to protect their stake,” Rishi Kohli, CEO at ProAlpha Advisors, told the Economic Times.

So do clients who will benefit from “the coming together of mid-tier IT services firms to form a larger company to deliver increased breadth and scale,” said Ashutosh Sharma, vice-president and research director at market research firm Forrester.

Other mid-sized IT firms may even find reason to rejoice. “…particularly those backed by PE players as there seems to be a meaningful upside and momentum,” Grant Thornton’s Shankar said. Reports suggest that Baring PE Asia may buy NIIT at up to a Rs10,000 crore valuation, albeit not in a hostile maneuver.