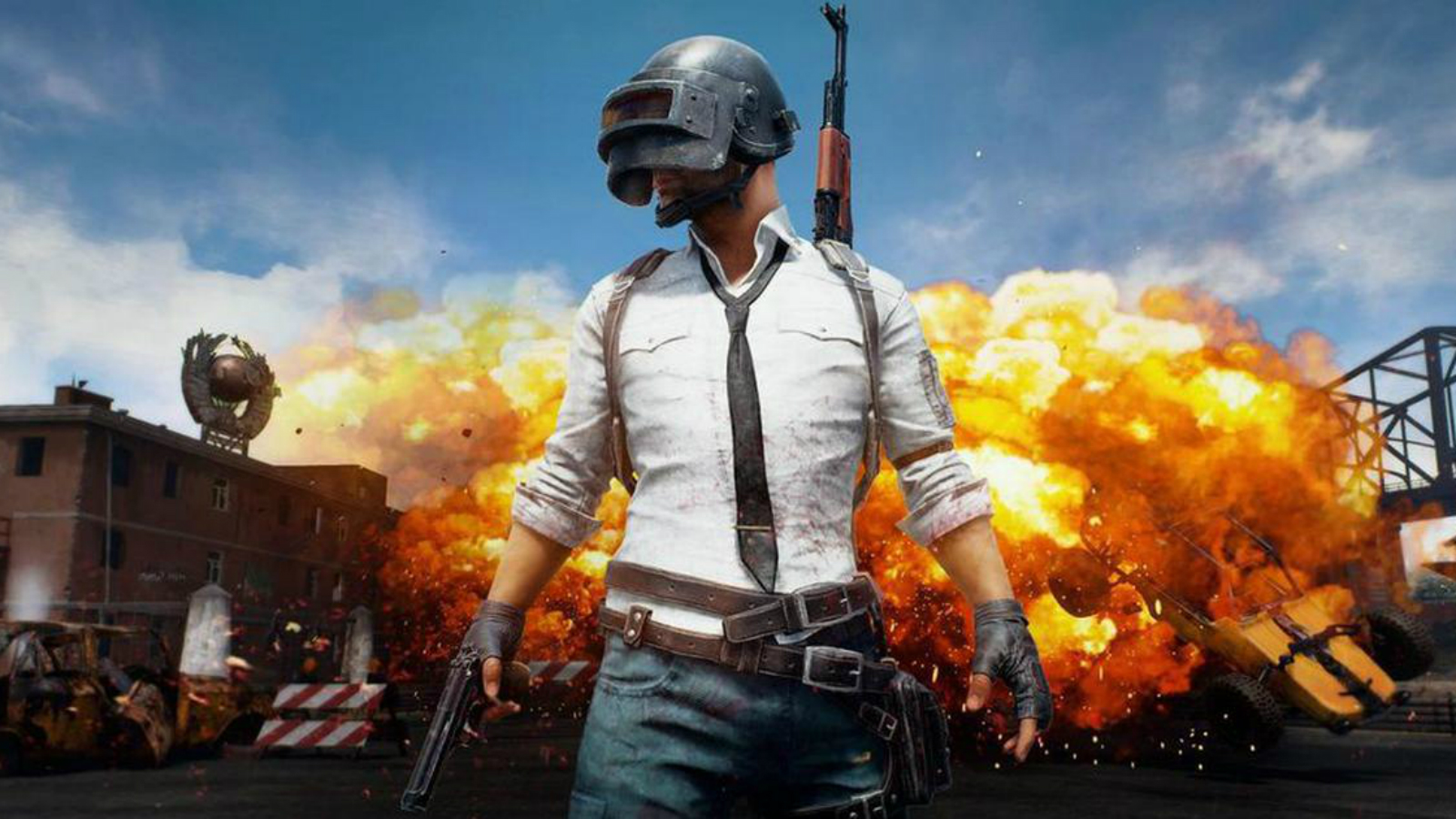 Six nights a week, Rishab Karanwal sits down at his desk at home at 9.30 pm, turns on his computer and settles in to game. For the next few hours, he goes by his game name Raka. He plays till about 1.30 am or 2 am with no breaks in between. Then Karanwal goes to bed, gets up in the morning, and heads to his day job at a company in Gurugram. Raka is done and Karanwal is back. Until again at night.

Karanwal, 25, isn’t just playing video games for self-gratification. He is playing for a live audience of 1,000-odd viewers, people who tune in to watch him daily with the routine of appointment television. For three nights a week, Karanwal’s game of choice is PlayerUnknown’s Battlegrounds, or PUBG, as it is commonly known. As his character parachutes into a landscape and dexterously kills enemies, people tune in to watch him, comment live, and donate money through a link below the video.

It’s a testament to the popularity of both Karanwal as well as PUBG. The online multiplayer game, which was released in 2017, has exploded around the world, with more than 30 million active users every day. In India, its cult status is undeniable. A survey in December found it is three times as popular as its closest rival. On Google’s Play Store and on Apple’s App Store, it is the top grossing game. Those who are addicted to it play it even during school and office hours.

This obsession with PUBG has provoked a fierce backlash: cities are clamping down, a public interest litigation has been filed against it, and it is often the target of politicos. Just last week, 10 students were arrested in Rajkot, Gujarat, for flouting a police ban on the game. Not that this is likely to dampen the enthusiasm of the young. There are 120 million online gamers in India, and many of them are taking gaming to the level of live spectator sport, playing and streaming games such as PUBG, Fortnite, Counterstrike, and League of Legends, and in the process making thousands of rupees every month.

Initially, people were sceptical about his choice. “(They would ask), ‘What are you doing? Baap ka paisa uda raha hai (Are you wasting your father’s money)?’” But he stuck to his gaming guns, and now earns around Rs50,000 a month from a combination of streams, including from ad revenue on YouTube, channel subscriptions, brand sponsorships, and donations from viewers.

The common perception of gaming as anti-social, addictive, and unhealthy might still be prevalent in India, but the gaming community is shedding some of these stereotypes as it attracts new stars, new players and new viewers. Spurring the industry’s manic growth are cheaper mobile internet plans. The value of India’s online gaming market is expected to hit $801 million by 2022, up from $543 million in 2016, according to a report jointly prepared by the Confederation of Indian Industry and market research firm TechSci Research.

“Obviously gaming as a trend has picked up in the country, so when the category is going up, different revenue streams will come up and streaming is one of those,” said Vamsi Krishna, consumer marketing head (South Asia) at NVIDIA, a technology company that has been building gaming in India. Krishna estimates there are around 40-50 active streamers in India, who game for three or four hours regularly, and a handful of them are earning a few lakhs a month. Around 90% of the gamers are men, and almost all of them are under the age of 26.

What could possibly be of interest in watching a grown man or woman sit in front of a screen, pummeling and thwarting imaginary opponents for hours on end? Plenty, it seems. For one, there’s the inherent pleasure that is derived from watching someone very good at something showcasing those skills with talent and guile. It also spurs amateurs to better their own game. “I thought—let me show people how I do it,” said Gagandeep Singh, a 24-year-old Lucknow-based streamer. “(And) people came and they stayed. If you are talented,(other) people can watch (you) and become better and learn tactics, (like) how to get a chicken dinner (PUBG’s high watermark of success).”

Then there is the non-tactical part: the jokes and banter between gamers and viewers, the chats and commentary that build community and companionship. “People come to relax,” said Karan Puri, a software engineer in Bengaluru, who earns up to Rs20,000 a month through streaming. “I try to engage and entertain, and sometimes take their inputs on game play.”

How this works is simple: players live telecast their game play through platforms like YouTube or Twitch, and while they are playing, viewers can also chat and comment. If viewers like what they see, they can make donations on Paytm or PayPal of amounts of their choosing, or become monthly subscribers to the channel.

But why would people want to pay for anything when there is so much content available on the internet for free? “People are hungry for good content,” said Singh, “and (are) increasingly willing to pay for it.”

Payments are purely voluntary, and a significant proportion of viewers are students with no real monthly income. “I don’t want to really push them to pay,” said Puri. But ultimately, donations result in better payoffs for everyone. With greater income for streamers comes greater quality. “If you enjoy something, why don’t you support the creator so he can make better content?” said Puri, 27, when asked what might motivate people to pay. “The streamer can invest money in better hardware, better graphics.”

Quality plays a key role—no one wants grainy transmission or the ugly sound of static when they’ve tuned in specifically to be entertained. Shagufta Iqbal, for instance, recently bought a new studio mic (“hella good”), and when she moved to Bengaluru she chose her address based on the quality of internet in the area: nothing but 100 Mbps would do for her. Similarly, at his home in Gurugram, Karanwal has invested in two Wi-Fi routers and an inverter. Scratchy internet speed or power cuts or other technical exigencies will only lead to viewer attrition. One bad day and viewers might migrate to someone else’s stream. 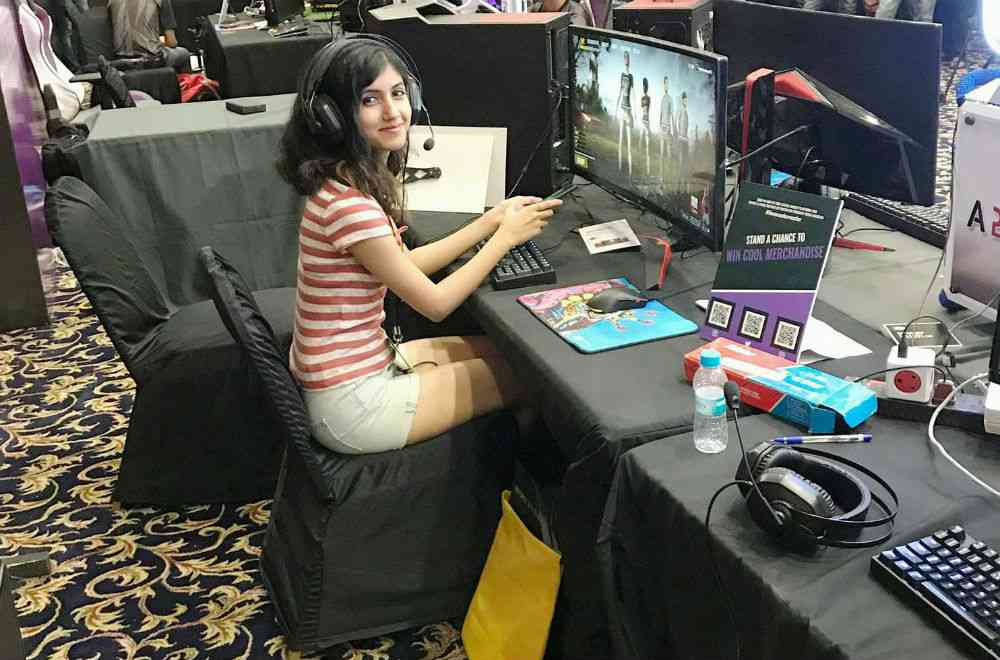 Punctuality is equally crucial. A streamer must diligently stick to a specific time, so that viewers get used to tuning in, almost out of habit. “It’s like watching a serial every night,” said Iqbal, 24, who is among the few women active women streamers. “People come to get entertained.” All breaks must be planned: if a streamer is going to interrupt her routine, she alerts viewers on social media or in her stream (a day ahead, if possible).

Consistency is vital for any streamer. “I do miss having a social life sometimes,” said Karanwal. “I have sacrificed parties, meetings with friends. But if a new guy watches me today, and I’m not there the next day, he will never come back.”

Despite perceptions, streaming isn’t a solitary pursuit but an active space for building communities and forging friendships. “I’ve made a lot of online friends who are now real-life friends,” said Puri. “My social life hasn’t gone down, it’s only increased.”

Puri says that teenagers, especially those studying in Class 11 or 12, have often asked him for advice on career and life. Iqbal credits streaming for engineering her personal transformation from introvert to extrovert. “I couldn’t talk to people, I used to be super shy and nervous when I first started streaming,” she said. “This has helped me come out of my shell and open up.”

With the steady gush of live chatter, and viewers furiously giving opinions and counter-opinions, friendships are forged in chat windows as well. “I saw one person wish another person happy birthday, and I was like, woah, that’s cool, it’s because of my stream that they became friends,” said Iqbal.

Karanwal has made fans and followers, and encountered the peculiar and gratifying moment of being recognised and asked for a picture. “Yeah, that was cool,” he said. “It’s happened a few times.” Streamers usually speak in English or Hindi, or some combination of both, though there are those who do it only in Tamil, Telugu and Punjabi. Karanwal says he unexpectedly ended up polishing his English once he started streaming.

Of course, as is the case with any popular athlete or public performer, the terrain comes with its pitfalls. Trolling and abuse from viewers for poor strategic choices while gaming are common. Iqbal believes that people abuse her choice of game play or call her a noob simply because of her gender.

With better internet and cheap data plans, the sub-culture is only growing. But except for Singh, who quit his job six months ago, none of the others are doing it full-time yet. “If I get a good income, then I can shift,” said Puri. “But it’s too soon now, gaming has not really matured.”

This article was originally published in Scroll.in. We welcome your comments at ideas.india@qz.com.