Americans are totally fine with reparations, just not for slavery 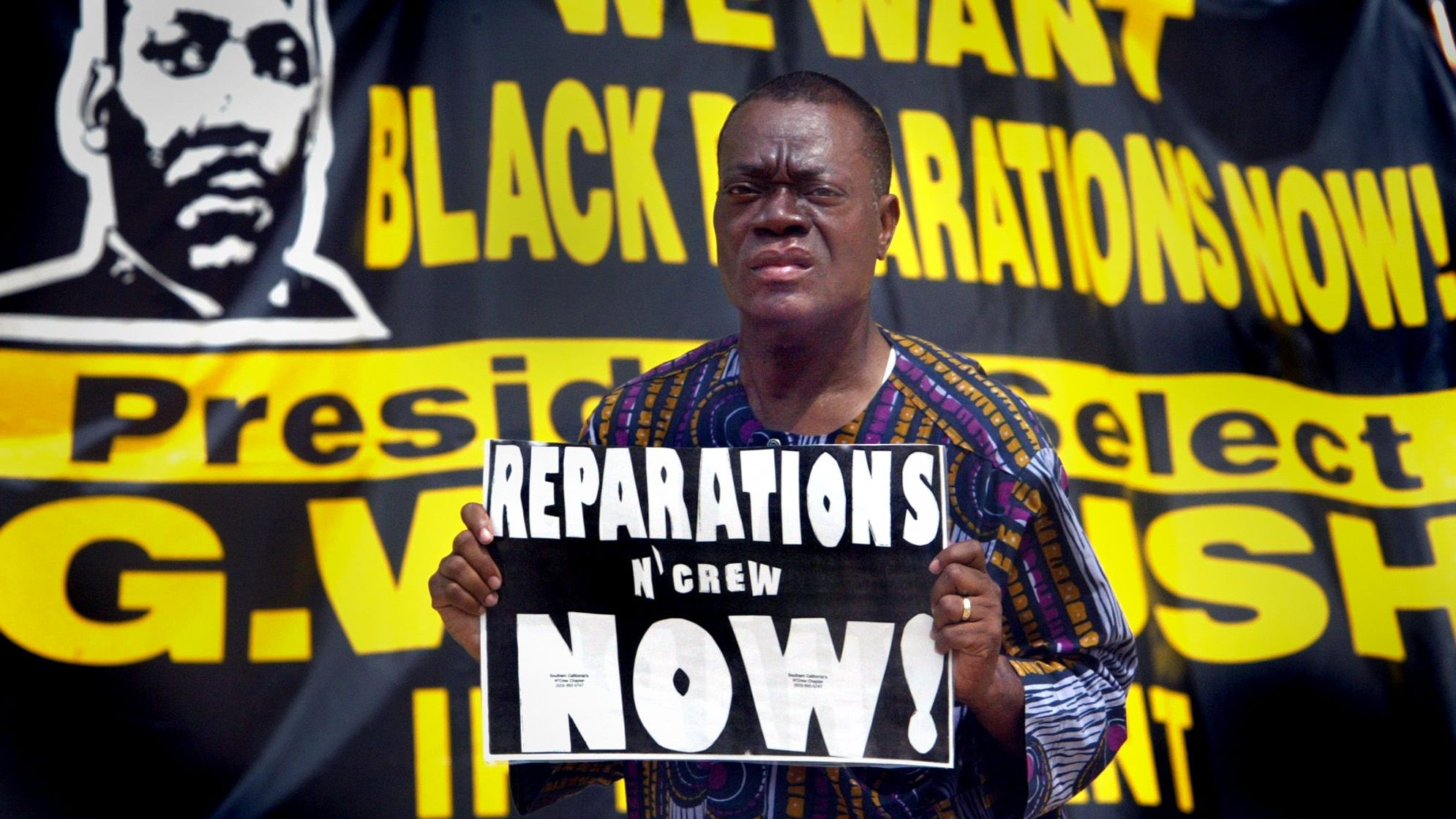 Since the second half of last century, countries like Germany, Austria, France, South Africa, and Canada have amended past wrongs by paying reparations to their victims.

The US, too, has supported reparations as a form of restorative justice. After World War II, it supported Jewish victims of the Holocaust in their demands for reparations from Germany and Austria. As recently as 2016, the US Department of State helped Holocaust survivors access the payment owed to them by a French railways company that was an accomplice in deportations.

Yet the debate about reparations for slavery has remained at the fringes of the US political discourse. Ever since now retired Michigan representative John Conyers Jr. proposed to create a commission to study how to appropriately compensate the descendants of slaves in 1978, the idea has been dismissed as unattainable and utopian, too progressive even for progressive candidates.

But the conversation now seems to be budging. A New York Times columnist (paywall) recently explained how he went from reparations skeptic to a convinced supporter of the cause. Meanwhile, reparations are appearing in the platforms of aspiring Democratic candidates, including Julián Castro. He told CNN’s Jake Tapper that if elected, he would appoint a reparations commission along the lines of what Conyers Jr. proposed decades ago.

Reparations are a daring topic to bring up during a campaign. About 70% of Americans oppose them—white Americans are the least in favor of it. Reparation opponents point to practical concerns as a major impediment. Who would pay? Who has the right to be paid? Does everyone get the same amount?

But these are questions that could be answered if there was political will to do so. After all, reparations have been paid numerous times in the US, at the federal, state and city levels—just not to descendants of slaves. Though slavery reparations would surpass those previously paid in amount and scope, their goal would be exactly the same.

Here are several instances in which Americans admitted to acting wrongly, and atoned.

US to Japanese Americans

During World War II, the US had its own concentration camps. Starting in Feb. 19, 1942, by executive order of president Franklin Delano Roosevelt, 125,000 people of Japanese descent were interned due to the unfunded suspicion that they would conspire against the US. Many of them were American citizens, but were nevertheless forced to relocate from their west coast homes to inland camps. The estimated losses for the community were estimated to be several billion, both in lost productivity and property income losses. In 1948, Congress issued a reparation fund of $38 million, and then awarded each survivor $20,000 in in 1990. About 80,000 people claimed reparations, for a total of about $1.6 billion.

US to Aleuts of Alaska

The Japanese weren’t the only ones who were displaced during WWII. While it was fighting against the Japanese, the US occupied the islands of Kiska and Attu, in the Alaskan Aleutian Chain, and deported 881 Aleuts to camps in Juneau, Alaska, about 2,000 miles from the islands. In 1988, about 450 living survivors of the camps were awarded $12,000 each. When the reparation act was signed, the US admitted that it had kept Aleuts in captivity for much longer than required for their safety, and failed to provide sufficient care of them. In 1995, further compensation was given to the communities for the loss and damage to churches during the war.

In 2013, North Carolina became the first state to pay reparations to victims of forced sterilization and eugenic programs through a $10 million agreement. Eugenic programs—aimed at preventing reproduction of people who were incarcerated or believed to have physical and mental deficiencies—were common in most US states from the early 1900s. In 2015, Virginia, too, started a compensation program for victims of eugenic sterilization.

US to the victims of the Tuskegee experiment

In 1932, the US government left 399 black men with syphilis untreated in order to study the development of the disease. The study, called “Tuskegee Study of Untreated Syphilis in the Negro Male,” went on for 40 years. Overall, it involved 600 black men—201 of them were in the control group, and the rest had syphilis. They were not offered treatment even after successful cures had been widely adopted. After an Associated Press exposé led to the closure of the study, the victims filed a class action suit, settling for $10 millions’ worth of reparations for the survivors of the study, their widows, and their offspring. In 1995, a guarantee of free lifetime medical care for the victims, their children, and spouses, was added to the reparation sum.

Florida to the survivors of the Rosewood massacre

In January 1923, the black town of Rosewood in Florida was destroyed in a racist massacre. After the lynching of an innocent black man in response to an alleged rape attempt, a white mob attacked and destroyed Rosewood, burning homes and churches. At the time, the official death toll was eight, yet at least 26 victims have now been confirmed and the toll might be even higher.

In 1994, the state of Florida issued $2.1 million in compensation to be split amongst the massacre survivors.

City of Chicago to victims of police torture

In 2015, the City of Chicago acknowledged that more than a hundred black prisoners had been subject to torture by the police, which pushed some to confess to crimes they hadn’t committed. The city awarded 57 survivors a payment in cash, together with free college and social services. The total sum of $5.5 million was officially labeled as “reparations,” and Chicago mayor Rahm Emanuel also issued an official apology and mandated that torture be studied in public school curricula.

In all of these cases, reparations were given out not just as financial compensation, but as a tangible recognition that a wrong had been done, and that the US—or its states and cities—held a debt towards a specific group.

Opposition to reparations for slavery suggests many Americans are not ready to accept that there is a debt to be paid to the descendants of those who endured the horrors of slavery and segregation under Jim Crow laws. But the budding debate could finally pave the way for acknowledgement, especially if presidential candidates keep talking about it.