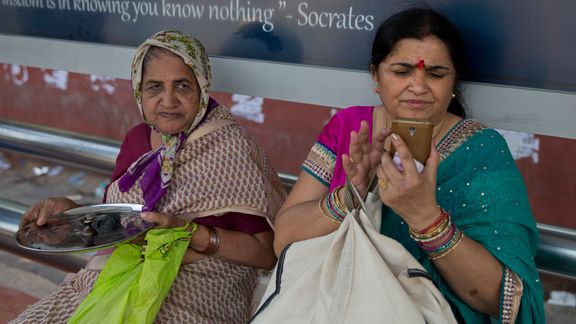 Hounded by spam messages from a retail store chain you shopped at five years ago, or a burger joint where the cashier politely asked for your phone number while printing the bill?

Around 96% of Indians receive unwanted text messages (SMS) every day, according to a survey of over 12,000 people by online community platform LocalCircles. Nearly half of the respondents get between four and seven such messages in a day.

Last July, the telecom regulatory authority of India (TRAI) had laid out (pdf) penalties for businesses and mobile service providers for spamming users with SMS texts. Individuals can now even sign up for a “do not disturb” (DND) list that claims to prevent spam messages.

However, a majority of respondents in the LocalCircles survey said they receive spam texts even after signing up for DND. Only 6% found DND effective.

“SMS is a low-cost way of sending across information, and is hence very popular among a variety of businesses,” the survey report said. With elections in India due next month, spam texts are bound to become more frequent as political campaigning heats up, it added.

The survey also showed that instead of better guarding their users’ privacy, telecom companies are busy spamming them. About 50% of the respondents said they receive spam from their own telecom service provider.

Most of the SMS spam is from real estate companies, followed by banking and insurance offers, the survey found.