Trump walked, so what’s next for North Korea’s nukes? 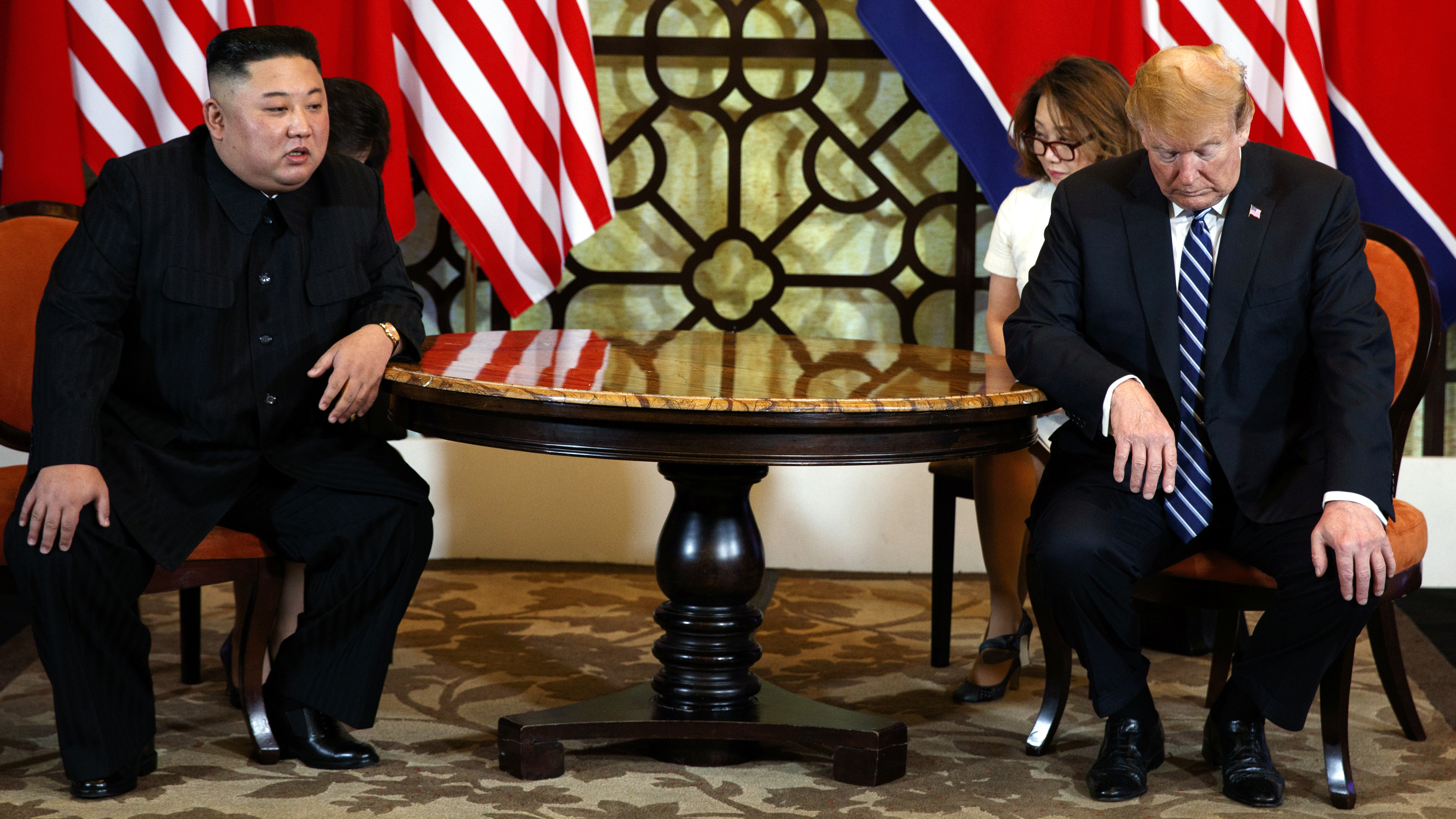 Donald Trump’s decision to walk away from negotiations with North Korean leader Kim Jong Un leaves us with one big question: Who’s going to eat that delicate lunch of snowfish, foie gras, and candied ginger?

The real question: What happens to the nuclear program the summit was supposed to find a path toward ending? With not even a vague consensus statement issued, like the one from last year’s meet-up of the two leaders, the world is left guessing.

However, without an agreement, the North Koreans can continue producing nuclear fuel, developing warheads, and building missiles. For Kim, time is an advantage to build out his arsenal.

According to Trump’s account of the negotiations, “They wanted the sanctions lifted in their entirety, and we couldn’t do that. They were willing to denuke a large portion of the areas that we wanted, but we couldn’t give up all of the sanctions for that.”

This account suggests that at least one common fear among national security experts—that Trump would take any deal he could to make news—didn’t materialize. Trump told reporters that shutting down the Yongbon nuclear processing facility was at the center of the discussion, but in the president’s account, Kim apparently sought full sanctions relief in return.

James Acton, a non-proliferation expert at the Carnegie Endowment for International Peace, suspects that Kim and his team may have believed that Trump was desperate enough to take a bad deal due to his domestic political troubles.

While Yongbon is a key facility, most experts believe that North Korea has other sources of nuclear fuel, as well as stockpiled nuclear warheads. Experts Quartz spoke to argued that the best way toward a denuclearized Korean peninsula is gradual and heavily monitored, with matching concessions from each side, not resolution in one fell swoop without careful accounting.

On the positive side, Trump spent his news conference praising Kim and avoiding angry and escalating rhetoric. Trump also implied that the “freeze-for-freeze” policy, where the US and South Korea do not perform joint military exercises, and North Korea does not test its nuclear weapons or missiles, remains in effect.

“And one of the things, importantly, that Chairman Kim promised me last night is, regardless, he’s not going to do testing of rockets and nuclear,” Trump said today.

US Secretary of State Mike Pompeo appeared with Trump this morning and told reporters that working groups would continue to meet in an effort to lay the groundwork for a real agreement, though a third summit between the two leaders is not on the schedule.