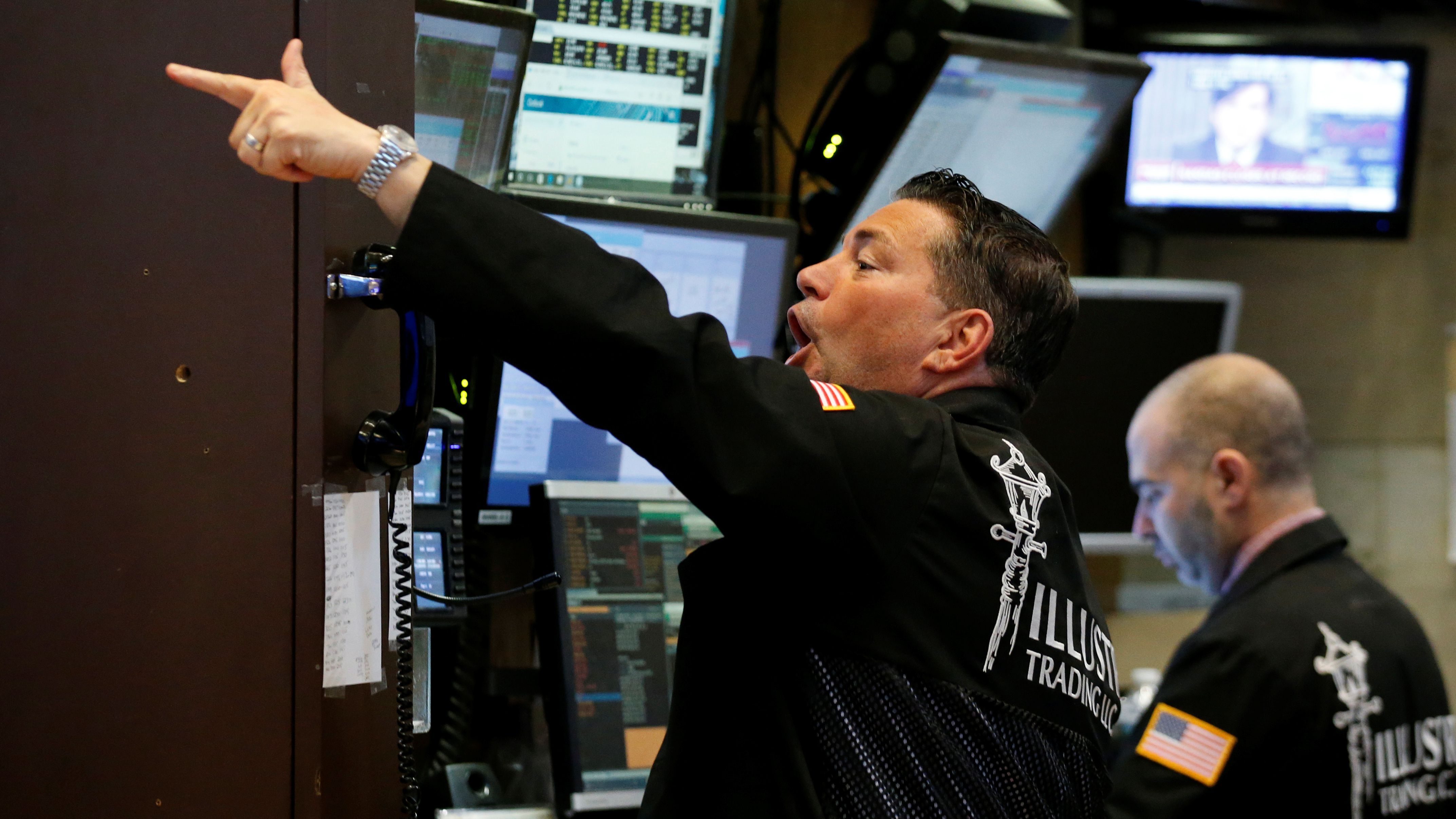 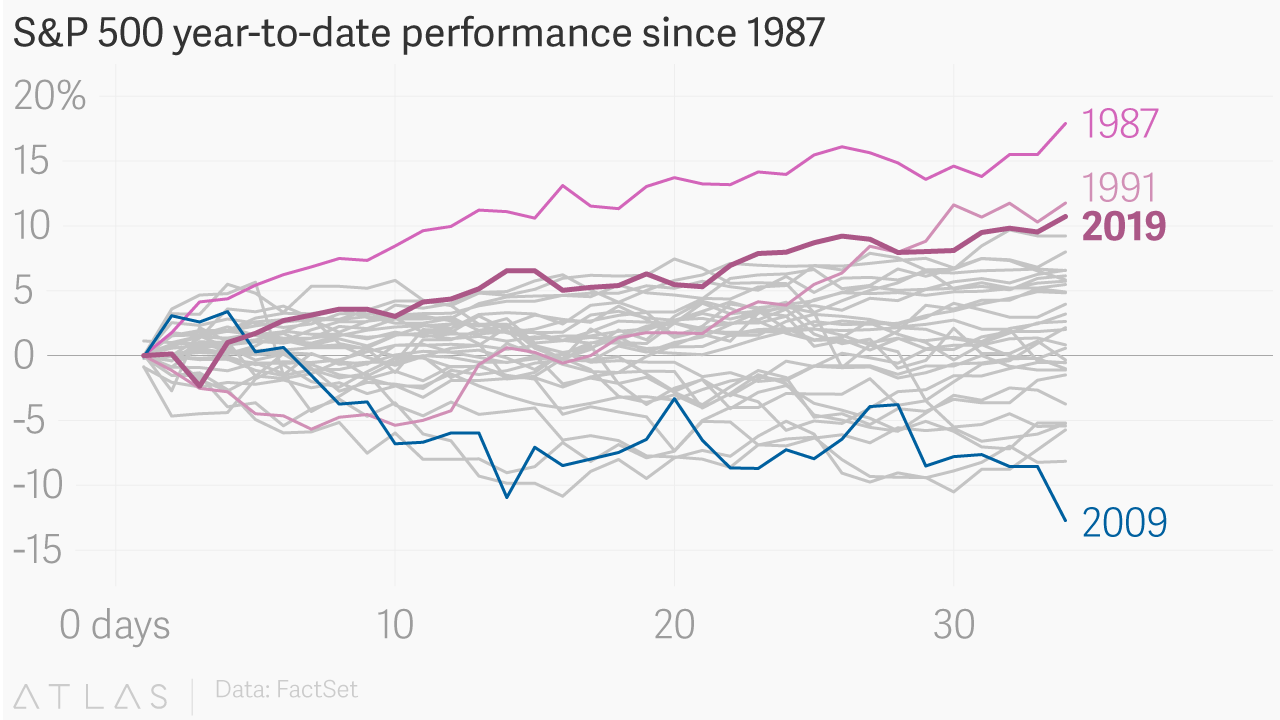 At the end of last year, the bottom fell out of the US stock market, with the S&P 500 coming perilously close to a 20% drop, the common definition of a bear market. Those jitters proved short-lived, however, and the market regained almost all of the lost ground in the first few weeks of this year.

In fact, at this point in the year—30-odd trading days in—the gain in the S&P 500, at just under 11%, is the largest since 1991. In part, the recovery is due to relief that a slowdown in corporate profit growth wasn’t as bad as feared, as well as signs that negotiations to end the US-China trade war have been going well (or, at least, not breaking down).

The risk is that the reckoning may simply be delayed, as analysts cut their earnings expectations for the current quarter, amid signs of a slowing economy and ever-present worries about unpredictable politics. Last week, Coca-Cola captured the prevailing mood by beating expectations for fourth-quarter earnings but slashing guidance for first-quarter profits, which spooked investors.

What’s more, market performance at this point in the calendar isn’t always a good guide for how things go for the rest of year. The S&P 500 ended up with an enviable 26% gain in 1991 but in 1987, when the market was up even more at this point, the subsequent “Black Monday” crash wiped out all the gains built up that year.