Metro by T-Mobile tends to be ignored, but we have listed it as one of the carriers with the best unlimited data plans, as well as the best prepaid plans.

Thankfully, there are a few Metro by T-Mobile phones worthy of picking up, both on the flagship and budget end of the spectrum. Let’s jump right in!

The Galaxy S9 is all about refinement. Design, display, photography, and performance were all strong areas for the Galaxy S8 line, and the S9 does all of them better. It’s definitely the best Metro by T-Mobile phone that’s currently available.

The biggest improvements in the Galaxy S9 have to do with the camera. The S9 sports a single Dual Pixel 12MP autofocus sensor with OIS, along with support for two apertures at f/1.5 and f/2.4. This mechanical iris lens is able to switch between apertures depending on the lighting conditions. If you need something even more powerful, the Galaxy S9 comes with a dual-camera setup on the back.

Some people might think that the most important feature in a smartphone is its display size. Others believe it comes down to a phone's processor performance, or the amount of RAM, or even how much …

Samsung also included its own creepier version of Apple’s Animoji, called AR Emoji, allowing you to make GIFs and send cartoony videos to your friends.

It’s a flagship, so it’s no surprise that it features the most top-of-the-line specs currently available. It comes with 5.8-inch Quad HD+ Super AMOLED display, 4GB of RAM, 64GB of storage, a 3.5mm headphone jack, and the Snapdragon 845. It’s the best Metro by T-Mobile phone you can buy and you can get it now for $699.

The Samsung Galaxy A6 is a mid-ranger with a premium design. It has a metal back, relatively thin bezels, and an 18:9 display measuring 5.6-inches. It’s powered by the Exynos 7870 Octa chipset and packs 3GB of RAM under the hood, although a 4GB version is available in other markets.

The phone has a 16MP shooter on the back as well as the front, which is paired with LED flash for improved low-light selfies. It also features a rear-mounted fingerprint scanner, a 3,000mAh battery, and 32GB of expandable storage. There’s even a headphone jack on board. It will set you back $359 or $149 if you switch to the carrier’s unlimited plan.

The Moto E5 Play is the cheapest of Motorola’s latest budget phones in its E series. It has a 5.2-inch display and inside there’s a Qualcomm Snapdragon 427 processor, along with 2GB of RAM and 16GB of storage. There’s also an 8MP rear camera, a 5MP front-facing camera, and a 2,800mAh battery. It’s available now from Metro by T-Mobile for $139, or for free if you switch your old phone to the carrier’s unlimited plan.

The Moto E5 Plus includes a big 6-inch display, a Qualcomm Snapdragon 435 chip, 3GB of RAM and 32GB of onboard storage. Its rear camera is bigger at 12MP and so is the front-facing camera at 8MP. Finally, it has a huge 5,000mAh battery which should offer one and a half days of use with a single charge. Metro by T-Mobile is selling the Moto E5 for $209, or for just $49 if you switch your old line to the carrier’s unlimited plan.

The LG K30 is one of the best Metro by T-Mobile phones because it supports the carrier’s 600MHz network — otherwise known as band 71 — for improved coverage in rural areas. Aside from this, the phone doesn’t seem that special, although it is good value for money.

It sports a 5.3-inch display and packs the Snapdragon 425 along with 2GB of RAM under the hood. There’s only 32GB of storage available, but you can expand it for an additional 512GB with a microSD card. The handset also features a rear-mounted fingerprint scanner for protecting your data and a headphone jack that’s missing on a lot of high-end devices. The LG K30 goes for $179, but you can get it for free by switching to the carrier’s unlimited plan. 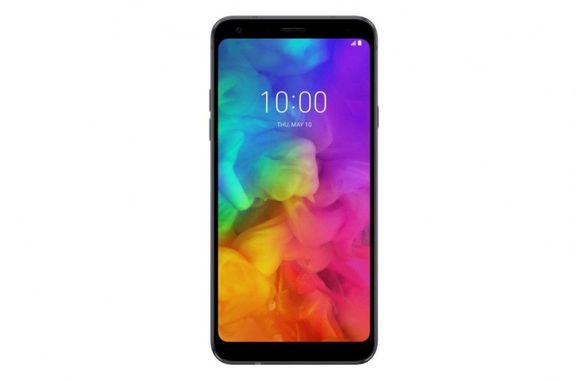 The LG Q7 Plus is the company’s attempt to bring its FullVision style of 18:9 display to budget phones. This model has a 5.5-inch screen, and inside it has a Snapdragon 450 processor, 4GB of RAM and 64 GB of storage. It also has a 16MP rear camera, an 8MP front-facing camera, and a 3,000mAh battery. The phone even has a high IP68 water and dust resistance rating. Metro by T-Mobile is selling the LG Q7 Plus for $329, but you can get it for just $99 by switching to the carrier’s unlimited plan.

The LG Stylo 4 is the latest in the Stylo series that offers a smartphone with a big screen, and an included stylus, much like the phones in the Samsung Galaxy Note series, but at prices that are a fraction of Samsung’s flagship series. The LG Stylo 4 is a great alternative, and while the stylus may not be as feature packed as the S-Pen, it still proves to be very handy.

The LG Stylo 4 is powered by the Qualcomm Snapdragon 450 processor and features a big 6.2-inch HD display. Other specs include 2GB of RAM, 32GB of onboard storage, a 13MP rear camera, a 5MP front-facing camera, and a 3,300mAh battery. You can get the phone from Metro by T-Mobile unlocked for $239, or for free if you switch your old line to the carrier’s unlimited plan.

Don’t like what you see? The good news is that many unlocked phones will play nicely with the carrier, just do your homework on band compatibility before buying.