Indian consumers are feeling optimistic, but nobody knows why 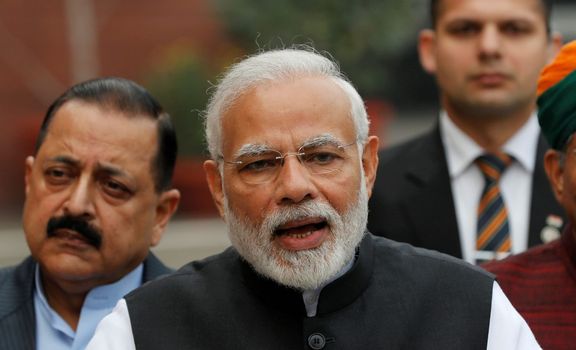 There seems to be a yawning gap between reality and perception in India.

Indians are today pretty optimistic about jobs and wages, despite all signs pointing to a dire employment situation.

Consumer confidence levels were at a two-year high in December, according to the results of a survey released by the Reserve Bank of India (RBI) yesterday (Feb. 07). Gauging the optimism of consumers provides insights into how much goods and services they plan to buy, which, in turn, gives a boost to the economy.

Respondents of the survey were from 13 major cities: Ahmedabad, Bengaluru, Bhopal, Chennai, Delhi, Guwahati, Hyderabad, Jaipur, Kolkata, Lucknow, Mumbai, Patna, and Thiruvananthapuram. It covered 5,347 responses on households’ perceptions and expectations on the general economic situation, the employment scenario, the overall price situation, and their own income and spending.

Consumers in the survey were optimistic that their salaries will go up in the coming year. “While respondents mostly reported unchanged incomes in the year gone by, more than 60% expect their incomes to rise in the year ahead,” the central bank noted in its report. They even expect concerns over unemployment to abate one year from now, even though 44% of the respondents are worried at the moment.

This was the first policy and survey after Shaktikanta Das, the new RBI governor, took charge in December 2018.

The findings come at a time when prime minister Narendra Modi’s government is facing severe backlash on account of lower job creation. In fact, unemployment reportedly touched a 45-year high in the last financial year, and India’s growth is being criticised as being jobless.

This scenario is a far cry from the promise of creating 10 million jobs a year, made by the ruling Bharatiya Janata Party in the last general election in 2014. Now, with the next election due by May, the jobs crisis is expected to be a cause of concern for team Modi.

Jobs and wages apart, consumers seem to be out of tune with reality even when it comes to price rise.

The central bank believes that inflation will remain benign, one of the reasons it went ahead and surprised the market with a rate cut on Feb. 07. However, about 76.3% of the respondents in the RBI survey felt inflation would increase in the year ahead, even though they are more confident that prices are unlikely to rise in the short term.

Retail inflation in December 2018 stood at 2.2%, the lowest in 18 months, led by declining food and fuel prices. And the RBI is confident that this trend will continue. As a result, it has revised its retail inflation forecast for January-March 2019 downwards to 2.8%.

However, in another RBI survey, also released yesterday, 27 professional forecasters said they see prices going up. “Consumer price inflation is expected to increase in Q4:2018-19 (January-March), firm up further and remain above 4% in Q3:2019-20 (October-December),” the survey noted.

The central bank has a target of 4%, plus or minus 2%, for inflation, which it keeps into account before taking any key policy decisions.