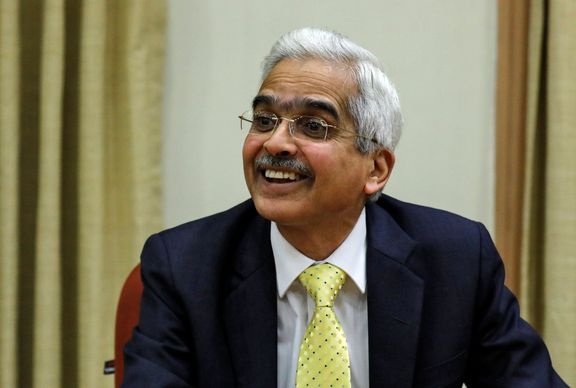 With a rate cut and a change in stance, Shaktikanta Das has managed to woo industries and investors in his maiden monetary policy announcement as the governor of India’s central bank.

Today (Feb. 07), the Reserve Bank of India’s (RBI) monetary policy committee (MPC) changed its stance to “neutral” from “calibrated tightening”. This means rate hikes are unlikely in the near future. In fact, more cuts may be in the offing.

Today’s move by the RBI bodes well for prime minister Narendra Modi’s government that had been asking for a reduction in lending rate to boost loan growth and spur the economy.

After nearly 18 months, the MPC today decided to reduce the interest rate.

Typically, as the repo rate is reduced and borrowing costs for banks go down, they pass on the benefits to consumers by reducing interest rates on loans.

The fall in inflation rates was one of the key reasons that prompted today’s rate cut.

Retail inflation declined from 3.4% in October 2018 to 2.2% in December, the lowest level in the last eighteen months. This was mainly aided by declining food prices and the lower rate for crude.

The RBI expects this trend to continue.

So, it has also revised the retail inflation forecast for January-March 2019 to 2.8%. This is based on favourable factors such as a normal monsoon. The estimate for the last quarter of this financial year ending March is comfortably under the central bank’s target of 4%, plus or minus 2%.

In its last policy announcement, in December, the apex bank had reduced the inflation forecast for the second half of this financial year from between 3.9% and 4.5% to between 2.7% and 3.2%, which has now been trimmed even further.

“There was a space created by lower headline inflation and RBI has used that to support financial activities,” said Rajni Thakur, economist at RBL bank, a private lender. “With lower projections of inflation and growth going forward, there are all indications that the MPC will look for opportunities to cut further in the cycle if space is available.”

The RBI keenly tracks inflation as it is an important factor in deciding interest rates.

The economic growth environment remains challenging internationally, which poses a threat to India’s GDP as well. The Indian economy also faces certain challenges on the domestic front: production and imports of capital goods has contracted in November-December, and loan growth to the industry has remained muted.

The GDP growth for the next financial year is estimated to be in the range of 7.2% and 7.4% in the first half of the year, and 7.5% in the October-December period.

“The crude oil prices and the overall external situation around say Brexit, or how the US economy is recovering…then there are trade conflicts as well and these are obviously the risk factors that will have impact on the domestic economy and we are constantly monitoring it,” said Das in a press conference in Mumbai, soon after the announcement.

However, the key thing to note is that growth is firmly back in the RBI’s view, a move that will be comforting even for the government. “Growth back in the RBI’s vocabulary, not as a risk to price stability but as a legitimate target,” said Abheek Barua, chief economist, HDFC Bank. “However, fiscal concerns and the inflationary consequences seem to be underplayed.”

Non-banking financial companies (NBFC) in India have been suffering after a crisis erupted at the over 30-year-old infrastructure lending giant, Infrastructure Leasing & Financial Services, last year.

Since then, it has been difficult for NBFCs to raise money. But now the RBI has relaxed certain guidelines which will allow banks to lend more to stronger NBFCs.

Then, at the moment NBFCs are divided into different categories, such as asset finance taking, loan companies, etc. The banking regulator also plans to merge some of these categories to ensure easier access to loans for these firms, also leading to improved management.

Specific guidelines pertaining to NBFCs are expected later this month.

The government has been reportedly angling for a higher dividend from the central bank to meet the shortfall in its revenue demands. It is believed to have been a major problem area with Urjit Patel, Das’s predecessor, and was also one of the reasons that finally led to his exit.

In order to iron out the issue, a committee has been formed under Bimal Jalan, another former RBI governor, to take a closer look at the problem.

Soon after the monetary policy announcement, Das refused to divulge more on the subject. “As and when a decision is taken it will be announced,” he added.