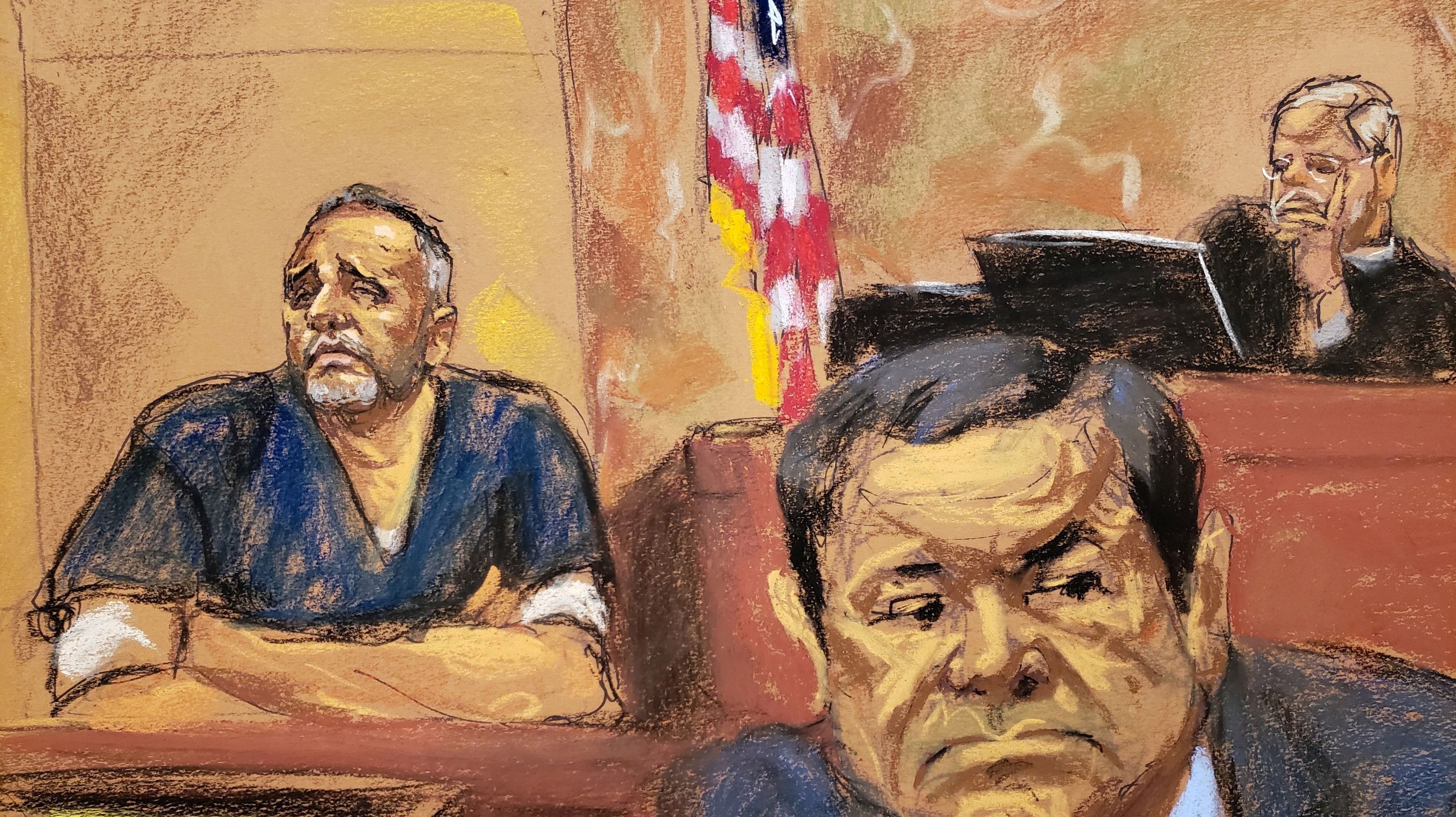 Mexicans are getting unprecedented access to alleged presidential dirt via an unexpected source: the trial of drug lord Joaquín “El Chapo” Guzmán in Brooklyn, New York.

Cifuentes’s jaw-dropping claims must be taken with a grain of salt, experts say. After all, he’s a self-confessed criminal. But the fact they are court testimony, not, say, narco song lyrics, does beg some questions: What is the Mexican government going to do about them? Could a trial in the US boost efforts to fight corruption in Mexico?

An opportunity for AMLO

Under Mexican law, authorities are obligated to open an investigation when a potential crime becomes news. Cifuentes’s declarations, which generated headlines in American and Mexican media, offer Mexico’s new president Andrés Manuel López Obrador a golden opportunity to take a stance against corruption—and to score some political points

“Mexicans are sick of corruption,” said José Iván Rodríguez, a research fellow at Rice University’s Baker Institute. “If they see the president fulfilling his promise of attacking corruption, they’re going to have more faith in his administration.”

Except AMLO, as the new president is known, probably won’t. Though ending corruption was one of his top campaign promises, he’s also said he doesn’t want to go digging into the sins of the past. “I propose to Mexico’s people to put a final period (link in Spanish) on this horrible story, and instead start anew,” he said during his first speech as president.

Mexicans are still waiting to hear details of his corruption-fighting plans. So far, he’s pushed for the creation of a National Guard to patrol the streets. He’s also been peddling a 1944 “moral guide” (Spanish) to promote solidarity and good behavior among citizens. Among its nuggets of wisdom: “Patriotism… should push us to do for our nation all that we can, even in cases in which the law doesn’t demand it.”

Both ideas have been controversial.

Even if AMLO mustered the political will to start an investigation into Cifuentes’s allegations, chances of it leading to prosecution are small, based on the record of Mexico’s justice system. The vast majority of crime in Mexico—nearly 90%, according to data (Spanish) from Mexicans Against Corruption and Impunity, a Mexico City-based nonprofit—is unreported, never mind punished. Of the sliver of crimes that are reported, authorities investigate about 60% of them; nothing comes out of roughly half of those investigations.

Guzmán himself is a case in point of the system’s limits. Authorities only got to him well into his drug-dealing career, and he escaped their grip twice. The size of his operation, at one point believed to control 40%-60% market share of Mexico’s drug market, suggests he greased plenty of official palms.

When the corruption is so seeped into the system, it becomes impossible to prosecute crime, a situation grimly known as “state capture,” says Constantino Grasso, a law professor at Coventry University who has studied Mexican corruption. “Within such scenarios, the assistance of foreign authorities or international organizations can be the only viable solution to free the ‘captured state’ from the outside,” he said.

A trial on US soil

Mexicans have been hearing rumors about El Chapo’s misdeeds for years, but the stories coming out of the Brooklyn trial are from first-hand witnesses. This week, a former mistress (paywall) described how she and Guzman jumped out of the bed they were sharing, and escaped, naked, through a covert staircase under a tub as Mexican troops tried to break down the door.

A slew of text messages (paywall) between Guzmán and his wife presented as court evidence offer a window into his domestic life: She called him “Don Joaquin” and “Papi”; he wanted to give their six-month-old daughter an AK-47.

The public is also learning a barrage of new details on Guzmán’s business practices. Cifuentes said police were enlisted in drug trafficking operations, on one occasion picking up cocaine-laden suitcases at an airport baggage claim. The drug lord also hired military officials to kill members of a competing cartel, according to Cifuentes.

Then there are the allegations that Guzmán bribed the country’s top politician. Cifuentes said he got photos of cash-filled suitcases from his personal assistant, who at one point worked for a political consulting firm hired by Peña Nieto. The judge didn’t let him answer whether they were for the president, though.

Cifuentes was responding to questions from Guzmán’s lawyer, who’s been arguing that his client is just a cog in Mexico’s sprawling corruption apparatus.

That would be a hard case to make in Mexico itself. Merely investigating Cifuentes’s declarations would be “a political bomb,” says Ricardo Alvarado, a researcher with Mexicans Against Corruption and Impunity. “In a country with institutional regulations and standards, there would be an inquiry into whether the allegations have merit, or not,” he says. “In Mexico, exactly zero is going to happen.”

But if Guzmán’s trial won’t free Mexico’s “captured” justice system, it’s at least airing the dirty dealings between Mexico’s political establishment and the drug trade. Mexicans also have to thank the US court system for the steady stream of “El Chapo” gossip coming out of the trial.

Outbreak is a test for China's tech industry

More than 700 coronavirus cases have been reported in South Korea. Meanwhile in Italy, cases jumped from 3 to 152 over the weekend