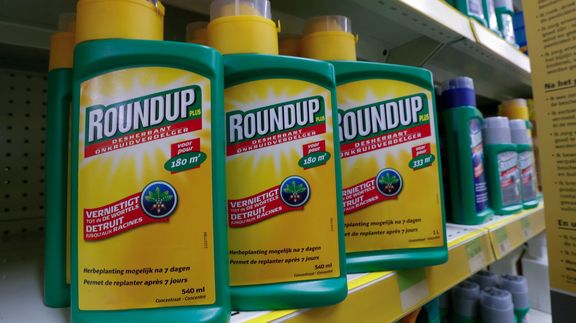 In 2017, the European Union decided in an unusually dramatic vote to reauthorize the agricultural use of glyphosate, a controversial weedkiller believed by some to cause cancer in humans.

Environmental activists had joined forces with representatives of countries like France, Belgium, Italy, and Austria in calling for the European Food Safety Authority (EFSA) to ban the chemical compound. But 18 other member countries voted in favor of renewing the chemical’s license, a decision celebrated by Monsanto, the multinational company that produces Roundup, a weedkiller whose main ingredient is glyphosate.

That decision was largely based on the findings of a report (pdf), commissioned by the EU and written by the German Federal Institute for Risk Assessment (BfR, short for its German name, Bundesinstitut für Risikobewertung). The BfR reviewed all the available scientific evidence on glyphosate and concluded that “classification and labeling [of glyphosate] for carcinogenicity is not warranted.” Now Stefan Weber and Helmut Burtscher, two researchers affiliated with the Austrian environmental non-governmental organization Global 2000, are accusing the BfR of plagiarizing much of its report from a paper on glyphosate written by the agrochemical industry.

The BfR risk assessment was published in January 2015 and concluded that glyphosate, when used correctly, did not cause cancer in humans. But in March, the World Health Organization’s International Agency for Research on Cancer (IARC) found that glyphosate was “probably carcinogenic to humans.”

The IARC’s conclusion drew renewed attention to the BfR report, and shortly after, accusations of plagiarism and undue industry influence emerged. In March 2015, an article published in The Guardian stated:

“Readers might be astonished, for example, to learn that much of the German government’s recent evaluation of glyphosate—favorably compared to the IARC’s evaluation by the agrochemical industry—was not actually written by scientists working for the German Federal Institute for Risk Assessment (BfR), but rather by the European Glyphosate Task Force, a consortium of agrochemical firms.”

The BfR denied this, and for a while, at least, the scandal went away. But it returned in 2017 when a prominent German epidemiologist criticized the report. In September 2017, the EFSA issued a statement (pdf) saying that the allegations were “unfounded and based on a fundamental lack of understanding of the EU pesticides assessment framework.”

Criticism continued, however. A group of European MPs commissioned a peer-reviewed study (pdf) that compared the BfR risk assessment with a report submitted to EU authorities by Monsanto and other members of the European Glyphosate Task Force (pdf). The study, released yesterday (Jan. 15), found that BfR researchers extensively plagiarized the task force report; it alleges that they copy-and-pasted “whole paragraphs and entire pages of running text describing the design and outcome of the studies [on health risks related to glyphosate] and assessing their relevance and reliability.”

In those chapters that dealt with assessing available research on the effects of glyphosate, the study found that “50.1% of the content was identified as plagiarism.” That would mean that, instead of doing its own evaluations of glyphosate studies, the BfR would have copied those done by the agrochemical industry, but presented it as their work. This is consistent with scientific literature showing that industry-supplied studies play an outsized role in the research process surrounding pesticides.

In the Q&A section (pdf) of their study, Weber and Burtscher claim that the BfR report’s plagiarism impacts the validity of its conclusion that glyphosate poses no cancer risk to humans. They further accuse the BfR of deliberately deceiving the public: “The question of whether the BfR intended to deceive the reader must be answered with a clear ‘yes.'”

The BfR published a response to Weber and Burtscher’s study, vouching for the validity of its 2015 conclusions and rejecting “all accusations of deliberate deception.” When reached for comment, a representative of Bayer Crop Science, which owns Monsanto, directed Quartz to the BfR’s statement and reiterated that “glyphosate-based herbicides…are among the most rigorously studied products of their kind.”

Does glyphosate cause cancer in humans?

The question of whether glyphosate causes cancer in humans is central to this story. If the answer is “no,” then the BfR’s plagiarism, while unethical, does not represent an immediate risk to the health of thousands of agricultural workers who are exposed to it in large quantities over a lifetime. If the answer is “yes,” then this plagiarism scandal has relevance for millions of people around the world.

The problem is that the question doesn’t have a straightforward answer. That’s partly because institutions rely on different methods of testing whether glyphosate causes cancer. Some studies look to check whether ingesting large amounts of the compound could lead to cancer. They do this by feeding or injecting mice with glyphosate and seeing whether the animals develop cancer.

Generally speaking, most scientific agencies say that glyphosate is not carcinogenic when used according to the recommendations of pesticide labels and when human exposure is below a certain threshold—though if you start eating it by the spoonful every day, something bad might happen to you.

But many environmental activists say glyphosate is toxic and should be banned for industrial use. Just yesterday, a French court banned the sale of Roundup in France because, it argued, the country’s Food, Environmental and Occupational Health and Safety agency “should have given more weight to potential safety risks when authorizing” its use. Close to 30 countries “have taken steps to either restrict or ban” glyphosate, according to Baum, Hedlund, Aristei & Goldman, a law firm that is currently working on personal injury cases against Monsanto.

And in August 2018, a California court ruled in favor of Dewayne Johnson, a man who claimed that sustained exposure to glyphosate during his years as a groundskeeper gave him non-Hodgkin’s lymphoma, a type of blood cancer. During the trial, Johnson’s lawyer claimed that internal Monsanto emails showed that the company “rejected critical research and expert warnings over the years while pursuing and helping to write favorable analyses of their products,” according to The Guardian. The court ordered Monsanto to pay Johnson $289 million, and the company is planning an appeal.

But here’s the thing: the science is not conclusive. For every institution that warns people about glyphosate, there are dozens more that say it does not cause cancer. The US Environmental Protection Agency, for example, said in 2017 that glyphosate was “not likely to be carcinogenic” and carried “no other meaningful risks to human health” if used properly. In 2017, Canada’s Pest Management Regulatory Agency ruled that “glyphosate is not genotoxic and is unlikely to pose a human cancer risk.” And in 2016, a working group made up of the Food and Agriculture Organization of the United Nations, and the WHO’s Core Assessment Group on Pesticide Residues published a paper concluding (pdf) “that glyphosate is unlikely to pose a carcinogenic risk to humans from exposure through the diet.”

Meanwhile, the original IARC assessment that found that glyphosate could cause cancer has been criticized, and one of the experts who advised the agency was accused of deliberately hiding data that did not fit the report’s conclusion (The IARC has denied this). The list of what the IARC considers “probably carcinogenic to humans” is also pretty large: It includes drinking very hot beverages, eating red meat, and working as a barber.

As Quartz’s Corinne Purtill explains, “it is nearly impossible to definitively determine the specific cause of any single case of cancer.” That, says Richard Stevens, a professor at the University of Connecticut’s School of Medicine, is one key reason why the question of whether glyphosate causes cancer in humans has no clear answer yet. As he explains in an informative piece in The Conversation, “it took many years to develop a broad consensus on cigarettes,” and the same could be true of glyphosate. Unfortunately, those years could come at a high cost.