Meet the video-game designer hoping to bring players to tears 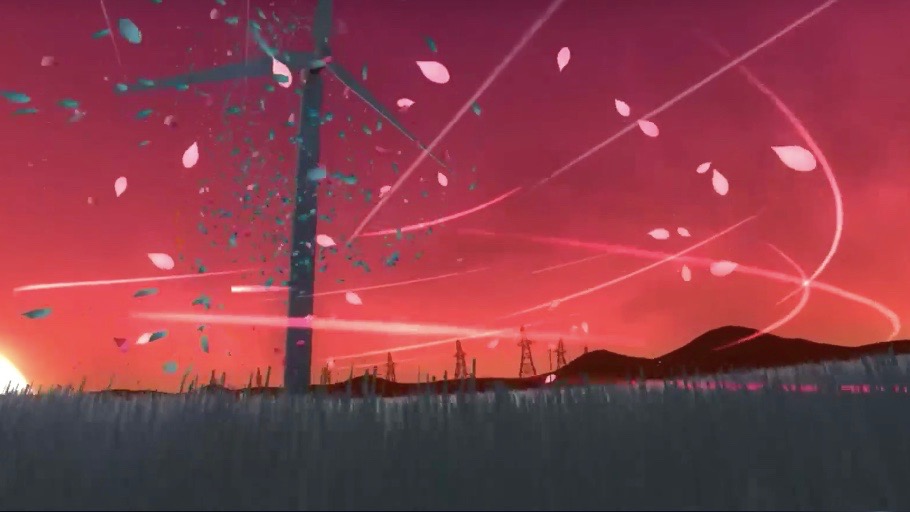 Jenova Chen is an innovative video game designer who describes himself as “a digital monk.” What he means by this is that he’s trying to cultivate peace, compassion and personal transformation through a medium that’s often blamed for cultivating baser human instincts like aggression and violence.

Chen became interested in peaceful gaming when he fell in love with a fictional character. His first love was Zhao Ling’er, a girl in the popular Chinese video game Legend of Sword and Fairy. She haunted his thoughts when he was a teenager, eventually inspiring him to create critically acclaimed games like Flow, Flower, and Journey that have changed the gaming industry. He’s now president of thatgamecompany, founded in 2006, which makes video games that focus on evoking sensations and provoking emotional transformation, operating like novels or films or poetry.

“Looking back, Legend of Sword and Fairy seems cliche to me now—just like a Romeo and Juliet story—but it was my first exposure to good drama and my first romantic experience,” Chen tells me when we spoke on the phone last week. “It made me change, and made me into a better person. That’s just super cool. And I realized I want to make thing that make people go through that reflective experience.”

The designer grew up in Shanghai, China, eventually moving to the US to study storytelling at the University of Southern California’s graduate school for film and new media. There, he honed his focus on video games, the medium that first made him feel deeply through narrative.

In 2005, a year before Chen would graduate, a professor’s warning pushed him to define his goals and figure out what it really means to win. The teacher admonished his students that getting “just any job” would be a loss, turning their tuition and time into a waste. To make the experience worthwhile, he said, they had to go out into the world and do something that would change the gaming industry, push boundaries.

And Chen rose to that challenge. He asked himself, “How do you win at life?”

First, he thought about money. “When I grew up, China was poor. We didn’t even have a toilet at home. So, initially winning in life was just ‘don’t be poor,'” he says.”But money is a goal that’s insecure to chase because when you think success is riches, you can’t ever have enough to be satisfied. You can’t be happy. So I thought about fame, respect, and recognition.” He was a big Britney Spears fan back then. Her experience made him realize that fame was fleeting; the higher you climb, the harder you can fall. “And I realized the only wining condition is to do something that isn’t about you—you can win when you focus on change.”

In 2006, when Chen got into the gaming business, mainstream media and even governments were highly critical of gaming. The controversial Grand Theft Auto was popular and drawing ire for encouraging deviancy, crime, and violence. Chen wanted to make games that encourage the opposite—thought, compassion, and kindness. “I wanted to show games can be used to communicate, games can be about peace, nature, life flourishing, and they can create emotional climax,” he says.

In his view, the video game industry was still relatively new and quite crude, and like all media in its early years, limited in its ability to make great art. Game designers were most concerned with technical innovations and not narrative sophistication. Most games being made at the time were just simulations of life, focused on technology, in which players took on certain already existent roles—the driver in Grand Theft Auto, an urban planner in Sin City, for example. The industry was interested in mechanics, Chen says, and his vision was entirely different.

“When I talked about peace and harmony, people laughed at me,” he explains. “Designers rarely talked about how to make games that evoke emotion.” But Chen didn’t mind being an outsider because—in his words—he likes “fighting society,” especially on behalf of peace.

In stark contrast to game designers, he says, musicians are preoccupied with feelings. They know how to play combinations of notes that provoke certain moods, giving listeners sensations of joy or sorrow. So Chen decided to try to do the same, experimenting with different approaches to a new kind of gaming. “You have to be like a lab scientist trying to generate chemistry with different combinations.”

The first product of this experimentation was Flow, released in 2006, a game about evolution. Players start out as simple ocean organisms, and to survive and evolve, they go ever-deeper, swallowing other creatures in the process. Six years later, Gaming Trend wrote, “You’re dropped in a world completely foreign to you made up of curving lines, and you’re forced to explore the watery below of ‘flow’ and find your own wonder…There were almost no games that looked or sounded anything like it on any console, and it still holds firm in that position.”

The art of gaming

Flow was relatively simple from a technical perspective, a minimalist endeavor that hinted at new possibilities for gaming. It wasn’t until the release of Flower in 2009—a game conceived as “an interactive poem,” which puts the player in the role of the wind—that Chen began making serious inroads in the gaming industry, transforming it from entertainment to art. The game examines the tension between urban growth and nature. Players accumulate flower petals as their onscreen world alternates between pastoral and developed, and everything they pick up along the way causes the environment to change.

In 2013, Flower became one of the first two games to ever be made part of an art museum’s permanent collection. The Smithsonian chose it for its stunning visuals and radical concept. “‘Flower’ presents an entirely new kind of physical and virtual choreography unfolding in real time, one that invites participants to weave aural, visual and tactile sensations into an emotional arc rather than a narrative one,” the museum explained in a statement.

Around the same time Flower came out, social games like FarmVille and Zinga were gaining popularity. “But they didn’t make me feel social,” Chen says. “I wanted a game that builds a bond between players.”

That’s how Journey came to be created. The game, released in 2012, has players go on a pilgrimage together, forging a connection during these travels. Players can help each other and communicate through musical chimes, but they can’t speak, and don’t see each other’s names until the game is over. Nonetheless, they grow close to their fellow digital wanderers.

“People are really affected by the game,” Chen contends, sounding almost surprised himself. He got letters from players around the world telling him the game helped them deal with emotions like grief—many said they had the sensation that their traveling companion was a deceased family member playing along with them in the form of this unknown stranger on the journey. The game became a mystical experience, and it helped people heal after loss.

Journey garnered numerous awards, including several Game of the Year prizes and the first-ever Grammy nomination for a video game soundtrack for the orchestral compositions of Austin Wint0ry in the visual media category. Gaming magazine IGN listed it as the best soundtrack for studying and called it “atmospheric, meditative, and relaxing.” The magazine Games Radar called Journey “one of the greatest games ever made.”

Yet Chen was not satisfied by all these accolades. His journey continued.

“After Journey I realized that gaming could be a healing experience. And I wanted to bring games to a wider audience. To change views of gaming, there’s no point just appealing to existing fans,” Chen says. “I want to reach a gamer’s whole family.”

Doing that involves several challenges, some of which are strictly technical. Chen and his colleagues have been able to create visually rich games that players are immersed in because they are published on gaming-specific platforms like Xbox, designed for play. But to extend his audience, he wants to bring this immersive experience to devices that everyone has—like smartphones. The comparatively tiny screen size of a phone makes it much more difficult to create the epic feel of a larger screen and have a cinematic impact.

Yet that’s the goal of Sky, the forthcoming game from Chen’s company, which will be available through an app you download on your phone. It’s a game about “spreading light,” in which players hold hands with loved ones as they “fly together through a desolate sky kingdom, where generosity and compassion is key” to finding their way.

Sky is now being tested by players around the world, and Chen expects the game to be released sometime in 2019. However, he’s not promising a specific release date at the moment—and some eager gamers have been grumbling about delays, given that the game was first announced in January of this year. Chen says he doesn’t want to compromise the game by rushing it out before he knows it’s the best experience it can be for new players.

But he’s certain that when Sky does come out, it will make players feel differently about themselves and about video games than they did before. Chen explains that there was a running joke among designers when he began designing games in 2006. “When a video game finally makes you cry, you’ll know you’ve finally made it.” Back then, this lofty goal seemed like a distant dream. Now, thanks in great part to his contributions and his passion, it’s reality. “Today,” Chen says, “this is no longer a question.”