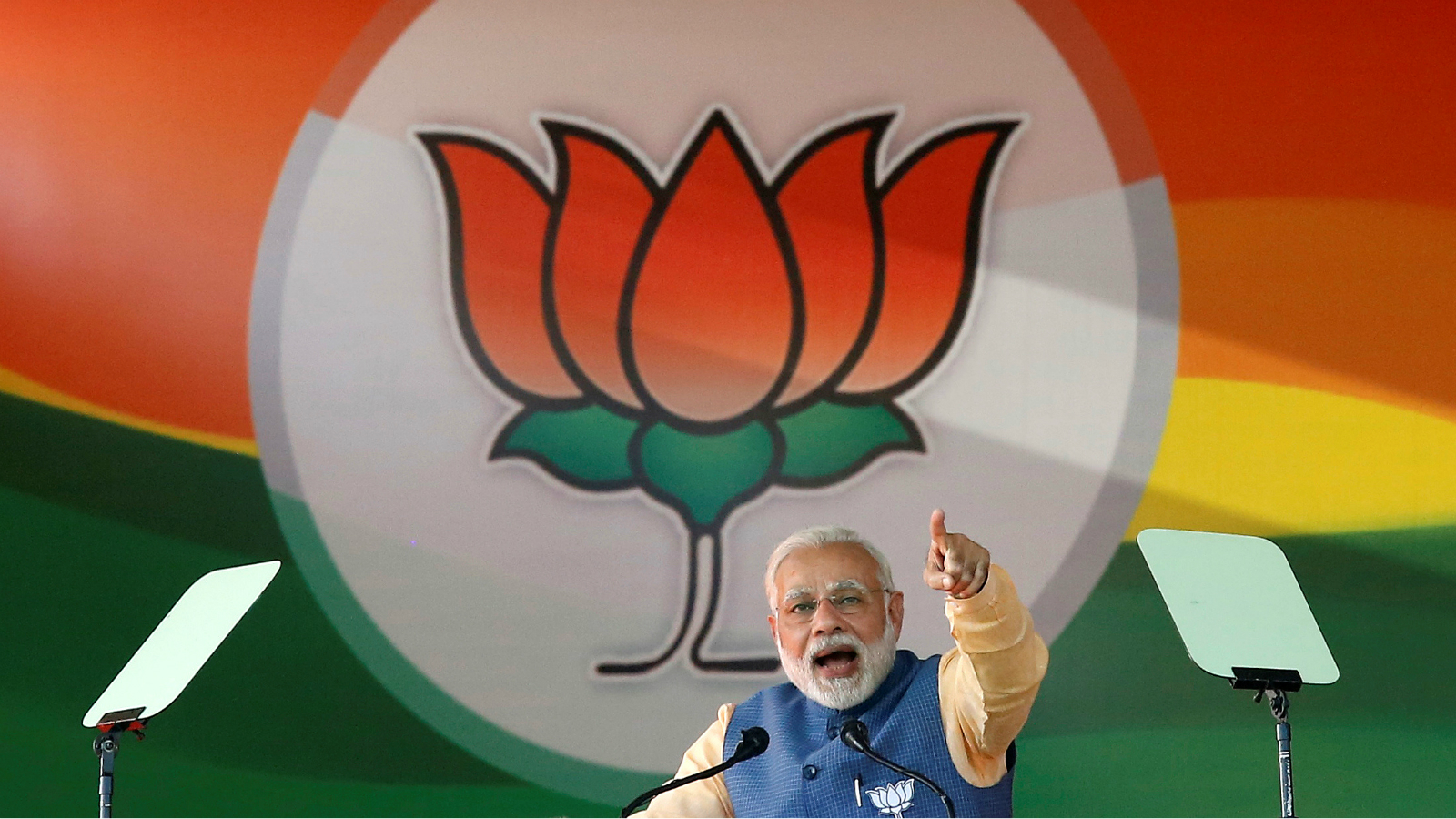 It was dubbed the “semi-final” before the national elections of 2019. So the big two national outfits—the Bharatiya Janata Party (BJP) and the Indian National Congress—were heavily invested in November’s elections to five key state assemblies.

The results, declared yesterday (Dec. 11), have given Rahul Gandhi, president of the Indian National Congress and the main national opposition figure, a fresh wind at long last.

Modi has now effectively been rendered a lame-duck prime minister. And that only worsens things for India’s economy.

The triple whammy for Modi and the BJP in the states was compounded by a stunning development that came just a day before the poll results were announced: the sudden departure of India’s central banker.

Modi has now essentially been rendered the quintessential lame-duck prime minister. On Dec. 10, Urjit Patel announced his resignation as governor of the Reserve Bank of India (RBI), capping months of acrimony with the Modi dispensation over the institution’s autonomy. The prime minister could surely have done without the bad optics at this crucial juncture. Patel’s resignation is symbolic of the crisis in the Indian economy, precipitated substantially by the mismanagement by Team Modi.

To begin with, the electoral losses in the predominantly rural states have been attributed to agricultural distress and flagging rural incomes. In a country with over 50% of its population engaged in farming and agriculture, this has led to distress migration and loss of livelihoods.

It was exacerbated by the government’s attempts to keep inflation low to maintain price stability, which, in turn, made farming unviable. The goods and services tax (GST) regime implemented by Modi’s government turned nightmarish for farmers as it taxed fertilisers and other components, thereby raising input cost.

The GST was preceded by the more disruptive demonetisation of high-value currency banknotes in November 2016, which completely squeezed liquidity out of the predominantly cash-based economy. For rural India, nothing could have been worse.

Together, these successive ill-timed and ill-conceived measures broke the back of India’s rural economy and cottage industries and created massive layoffs in the informal job market.

Such arbitrary measures didn’t tally with Modi’s promises of market liberalisation and ease of doing business by cutting red tape. While the country has been growing at an impressive rate of 7% per annum, albeit due to statistical tweaking, it hasn’t translated into a revival of demand. This is due to the high percentage of massively leveraged and financially stressed private companies and the stressed balance sheets of India’s public sector banks (PSBs).

This brings us back to the exit of India’s central banker. Among the issues that the RBI disagreed with the Modi government was the lending curbs imposed on 11 major PSBs. The curbs were imposed on account of their low capital base and burgeoning bad debts due to perpetual ever-greening. The Modi administration had, of late, been attempting to stare the central bank down following a series of disagreements.

The latest stand-off was precipitated by the government’s demand to use the RBI’s surplus to narrow its fiscal deficit and give it more elbow room for spending in the election year.

Patel’s ill-timed exit is now seen as a massive setback to the government’s attempts to paint a rosy picture, particularly since the former RBI governor had toed the government’s line on demonetisation.

His replacement, Shaktikanta Das, may not inspire confidence among investors as the recently-retired bureaucrat is perceived as much more of a “yes-man” for the government than Patel was. Now the threat from the government to India’s capital reserves remains a matter of concern.

Indeed, such erosion of institutional autonomy and over-centralisation is being raised as a major poll plank by Congress chief Gandhi as India readies for the big elections of 2019.

Modi’s clearly bogged down by the weight of high expectations and low delivery. Having ascended to power in 2014 with a majority of his own, a first for any Indian leader or political party in nearly three decades, Modi’s term now draws to a close under a cloud of disappointment and missed opportunities.

All his fiery oratory in the run-up to the 2014 elections and after, peppered with the terms like “development” and catchy phrases such as “minimum government, maximum governance” and “sabka saath, sabka vikas” (with everyone, for everyone’s progress) seem to be going up in smoke.

Modi’s clearly bogged down by the weight of high expectations and low delivery. A slew of self-goals has only worsened matters.

Still, all may not be lost for the prime minister. He may be persuaded to revert to the “development” pitch that endeared him so much to the Indian voters in 2014. For the diminishing returns from the dog-whistle communalism employed by him and his party leaders since then are now evident.

So is this the “beginning of the end” for him? Or can Narendra Modi plot a comeback? Stay tuned.

Coronavirus could be airborne, study suggests