Timeline: How Modi’s hand-picked RBI governor turned against his own government 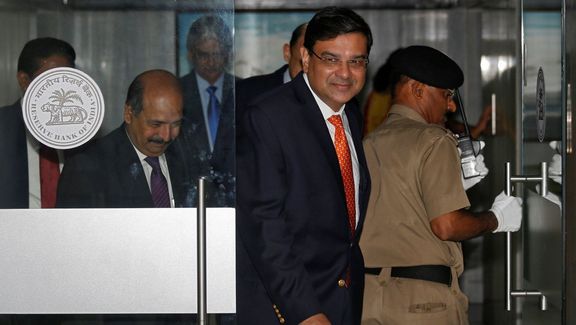 Urjit Patel’s stunning move yesterday (Dec. 10) to resign as the 24th governor of the Reserve Bank of India (RBI) has sparked another bout of uncertainty in India’s economy and political landscape.

The move, coming around nine months ahead of when his term was set to end, is a culmination of months of acrimony with the government that played out in the public eye.

The Narendra Modi government’s priority at the moment would be to find a replacement for Patel, who quit just days ahead of the next central bank board meeting scheduled for Dec. 14. It is likely that the government may appoint someone to take charge before that. There is speculation that NS Vishwanathan, the RBI’s senior-most deputy governor may take interim charge.

Meanwhile, Patel’s stint at the RBI is noteworthy.

For one, he was hand-picked by the Modi government and viewed as its “yes man.” And yet, Patel served the shortest tenure as an RBI governor since 1992.

Here’s a look at the highs and lows of Patel’s time at India’s central bank:

June 2017: In a bi-monthly meeting of the RBI, Patel reveals that the monetary policy committee (MPC) has refused to meet finance ministry officials ahead of the MPC meet. It was believed that the government had called for a meeting to wield its influence on the MPC to reduce interest rates to boost lending.

February 2018: The RBI comes up with stringent bad-loan reporting norms as a result of which several banks are put under the prompt corrective action (PCA) plan.

The biggest-ever banking scam in India is reported by state-owned Punjab National Bank (PNB) which has been defrauded of nearly $2 billion. Later that month, finance minister Arun Jaitley blames the RBI for being less vigilant.

March 2018: After a month-long silence on the scam, Patel finally passes the buck to the government and blames it for giving the RBI limited power over public sector banks such as PNB. The government denounces the RBI’s comments and says it has enough powers.

April 2018: The RBI puts 11 of the 21 government-owned banks under PCA. In order to improve their financial health, there are several restrictions placed on these lenders, including on lending, hiring, and expansion. This later becomes a bone of contention between the government and the RBI.

August 2018: The government appoints chartered accountant S Gurumurthy and cooperative banker Satish Marathe to the RBI’s central board as independent directors. Gurumurthy has been a vocal critic of some of RBI’s moves under Patel.

October 2018: The government appoints retired bureaucrat Revathy Iyer and Sachin Chaturvedi, head of a Delhi-based think tank, to the RBI board. It removes Nachiket Mor, an old RBI hand, from the board.

On Oct. 19, the central bank puts out a strongly-worded dissent note on its website against the government’s suggestions for setting up an independent payments regulator.

On Oct. 26, Viral Acharya, deputy governor of the RBI, makes an extremely charged speech and warns that undermining the RBI’s independence can be “potentially catastrophic.”

On Oct. 30, the government blames the RBI for not checking the banks against indiscriminate lending, which led to a bad loan crisis.

Meanwhile, in the last week of October, several media reports appear stating that the government is considering invoking section 7 of the RBI Act, an unprecedented move. The section allows the government to give directions to the RBI on certain matters.

November 2018: Subhash Chandra Garg, the economic affairs secretary, takes a shot at Acharya and the RBI. In his speech, Acharya had mentioned that governments that do not respect the autonomy of the central bank may incur the “wrath of the markets.”

Rupee trading at less than 73 to a dollar, Brent crude below $73 a barrel, markets up by over 4% during the week and bond yields below 7.8%. Wrath of the markets?

On Nov. 19, after a nine-hour-long meeting the RBI and the government signal that all is well now. The RBI also issues a statement, which details out some of the issues that were discussed and the steps that the two parties have jointly agreed on.

December 2018: In its bi-monthly policy meeting on Dec. 05, Patel refuses to address any questions from the media on the friction between the RBI and the government.

On Dec. 10, Patel steps down from his post with immediate effect citing personal reasons.