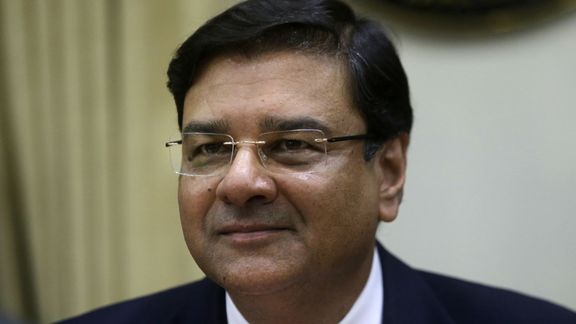 In its fifth bi-monthly policy announcement for the year, on Dec. 05, the Reserve Bank of India’s (RBI) monetary policy committee (MPC) chose not to tinker with key interest rates, as was widely expected. The repo rate, or the interest at which banks borrow money from the RBI, was left unchanged at 6.50%. The key rate has already been hiked twice this financial year.

“The MPC decided to keep the policy repo rate on hold and maintain the stance of calibrated tightening,” said the RBI in a press release. All six members of the MPC were unanimous in this decision, it added.

Even though there was status-quo on the interest rate front, here are six important takeaways from RBI governor Urjit Patel’s announcement:

SLR is the share of deposits that a bank has to invest in specified central or state government financial securities. This is done to insure deposits, but it also leads to a higher share of capital being locked up. With the SLR cut, this capital can now be freed and used for lending and expansion.

“The SLR cut, which may be a bitter-sweet pill, should release liquidity into the banking system,” VS Parthasarathy, chief financial officer of Mahindra Group, said in a note following the RBI announcement.

In October, India’s consumer price inflation (CPI) fell to 3.31%, comfortably under the RBI’s target of 4%, plus or minus 2%. The RBI keenly tracks inflation as it is an important factor in deciding interest rates.

Now, on account of lower food prices and a normal monsoon this year, the apex bank has reduced the inflation forecast for the second half of this financial year from between 3.9% and 4.5% to between 2.7% and 3.2%.

A nearly 30% drop in global crude oil prices from its peak in October will also keep inflation under check.

Despite the numbers tapering off slightly, the RBI believes India’s growth story is on the right track. It believes the economy will grow by 7.4% this financial year and by up to 7.3% between October and March. Decline in crude oil prices and rising private consumption are seen as tailwinds.

Abheek Barua, chief economist at HDFC Bank, believes that in the next policy, on Feb. 07, the RBI may revise its growth forecasts to between 6.9% and 7% for the second half of this financial year.

“…there are surprisingly little signs on the ground as far as a revival in the private capex cycle is concerned. Moreover, we believe the favourable impact of the recent decline in oil prices (on corporate margins) is likely to come in the last quarter and not in the third quarter. Also, there are some early signals that suggest some moderation in rural demand, which could weigh on growth momentum in the second half of FY20,” HDFC Bank said in a release on Dec. 05.

The RBI has been pushing for greater transparency in determining the interest rates for consumer loans. It has been pushing lenders to pass on to consumers the benefits of any change in rates.

Now, from April 01, 2019, it has asked banks to link all floating rate loans (home, car, personal, etc.) to external benchmark rates (such as RBI’s policy rates, treasury bill yield, etc.) to improve clarity in loan pricing. The final guidelines are expected this month. This will have a positive impact on customers as interest rates charged to them will no longer be arbitrary or opaque.

However, it is likely that banks will be unhappy as the move will restrict their flexibility.

Online transactions in India have been soaring. In fact, the size of the digital payments pie is expected to be nearly $1 trillion by 2023. To address any complaints arising out of these online transactions, the banking regulator has decided to set up an ombudsman, exclusively for this. The final blueprint will be unveiled next month.

“The number of digital payment transactions in India had surged three-fold to touch 2.45 billion as of August 2018. Owing to a rapid adoption of digital payments across the country, the number of complaints related to digital transactions have shot up,” said Vishwas Patel, chairman, Payments Council of India, the apex body representing companies in this space. “For promoting the level of trust and customer confidence, a dedicated and empowered grievance redressal mechanism is a prerequisite.”

This was the first monetary policy after the tension between the apex bank and the Narendra Modi government peaked last month. The two had bickered on a whole range of issues after the central bank’s autonomy was reportedly challenged. In a speech in October, deputy governor Viral Acharya also warned of “potentially catastrophic” consequences if the government keeps meddling in its affairs.

However, the two parties decided to blow off the steam after a nine-hour long meeting.

In his first media appearance since the event, it was widely expected that Patel may say something on the tussle. But he completely stonewalled the press on the subject.