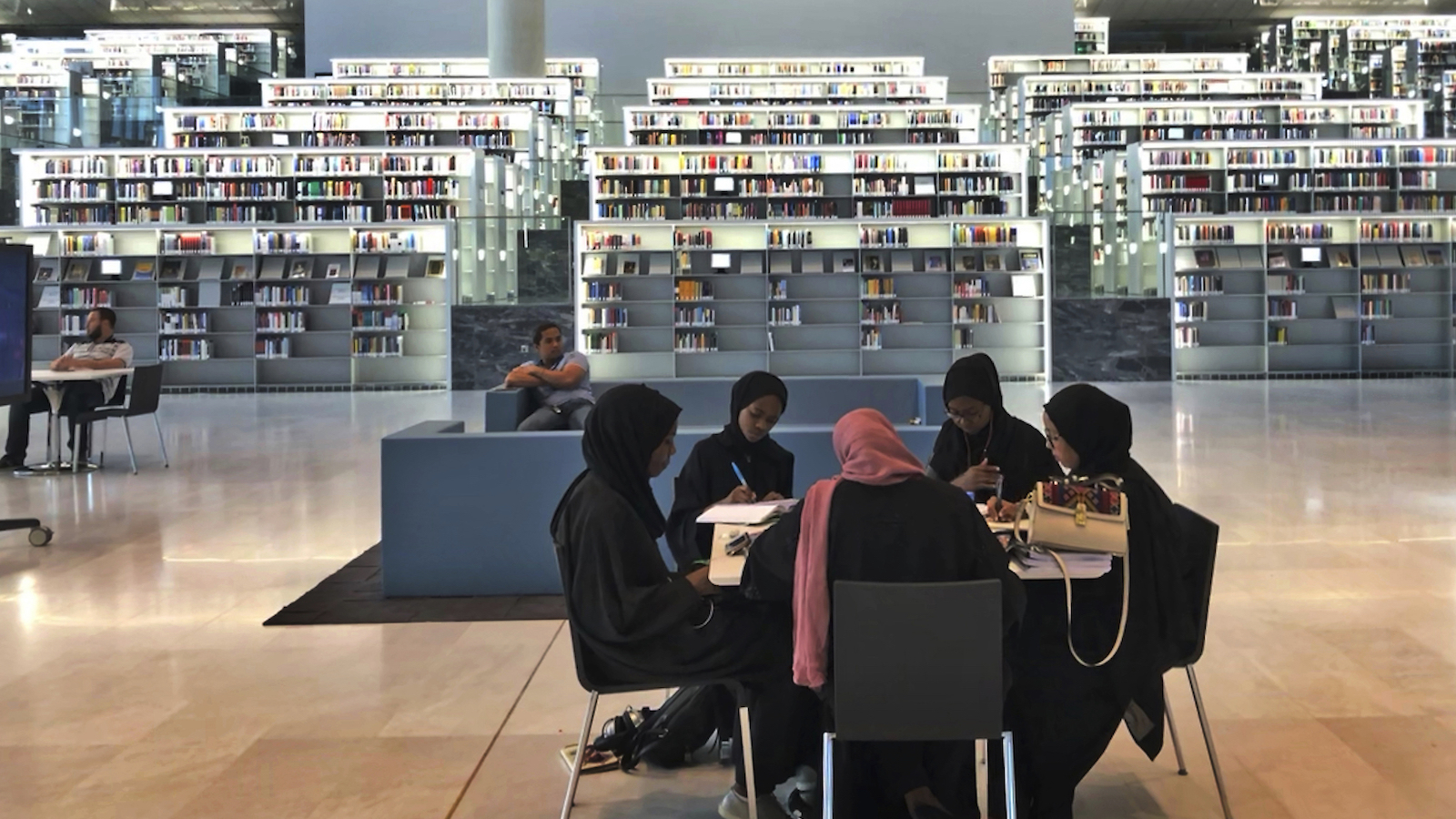 Over the last year, #MeToo and Time’s Up have grown from moments in time to a mass movement for change—one that is impacting cultures and systems around the world. These women represent a new generation of change-makers who won’t take no for an answer—and they’re making their voices heard in the Middle East, too.

Readers might flick their eyes back up to my byline and raise an eyebrow. Should I be weighing in on this debate? Doesn’t the Arab world have an even longer way to go?

As a woman at the helm of one of the largest development organizations in the Middle East, I know these issues all too personally. But I also know this is not the first time my people have had to overcome unequal representation, the gender pay gap, and workplace dynamics. #MeToo mirrors another revolution, albeit a slower and quieter one, that once took place here in the nation I call home.

Qatar’s movement to tackle many of the issues the Western world is rallying against today began a quarter of a century ago. It required massive investments in physical and societal infrastructure so that women today could be empowered to say “me too” in their own way.

But this movement didn’t stem from culture. It stemmed from education.

Gender can never constrain the quest for self-improvement. When my mother, Her Highness Sheikha Moza bint Nasser, founded the Qatar Foundation over 20 years ago, she set her sights on educating young men and women from infancy through adulthood, and all along their chosen careers. The result was a model of education where parents could safely entrust their six-month-old infant girls to an early education center, or where young women could enroll for undergraduate degree programs on the same campus as men.

Twenty-three years, nine universities, 11 schools, and almost a dozen research facilities later, women represent the majority of the Foundation’s student body in educational pathways that are still dominated by men in the US.

At Texas A&M University’s campus in Qatar, women account for nearly 50% of the total student body, all of whom are pursuing degrees in engineering. By comparison, at its main campus in Texas, that number is just over 20%—the same as the national average for women in engineering overall in the US. Additionally, women’s enrollment at Carnegie Mellon University in Qatar is an impressive 63%, compared to 49% at its main campus in Pittsburgh.

These students have the same feeling ingrained in them as I did from a young age: that gender can never constrain the quest for self-improvement. Early in my life, I was taught by my parents to be an active citizen. That was my path, and there was never any question of it being diverted by gender or any other perceived obstacle. This required a quality education that, at the time, I couldn’t seek inside Qatar.

Qatar’s investment in education—and the role models that were created by placing women at the helm of this massive effort—is beginning to pay off in workplaces around the nation. Today, it fills me with pride to walk into boardrooms at the Foundation and know that 40% of the leadership working at the 5,000-strong organization is female.

And this ripple effect isn’t confined to our organization: It has begun to spill over and reach every sphere of human activity within Qatar.

More and more women citizens are stepping up and out, taking on roles in the upper echelons of both private and government sectors. The percentage of women working as specialists in various fields accounts for 44% of the total number of Qatari women in the workforce, compared to 21.5% of Qatari men. Overall, labor force participation for Qatari women is roughly 51%—higher than the global average. This extends across both the private and public sectors: Nearly 80% of working Qatari women are employed in government.

Demanding equality should not be conflated with claiming that men and women are the same. Of course, it has not been easy for Qatari women to climb this mountain while holding on to their cultural values and meeting their needs as mothers. For far too long, too many women were reluctant to speak up and speak out about their needs in workplace cultures fundamentally rooted in the male perspective. That perceived divide—between one’s heritage and making one’s voice heard—is what we have worked so hard to combat. In my view, the two should never be mutually exclusive.

This is true for women worldwide across many industries, but particularly in the technology sector. According to a UNESCO study conducted last year, 53% of women who begin careers in tech-heavy industries eventually leave the field, a rate more than 20% higher than their male counterparts. That is why, when we focused our efforts to give our girls an education, we also worked to restructure workplace norms so that women could continue in those jobs that they choose.

At my own organization, fully paid maternity leave was extended from seven weeks to three months, and flexitime was introduced. This allowed women (and men) to work hours that enabled them to be productive and creative while meeting the needs of their families at home.

We made those changes because we understand that demanding equality for men and women should not be conflated with claiming that men and women are the same—we are not. We have different circumstances, different strengths, and our families need us in different ways. To help men and women innovate and create with equal success, the workplace must be designed to embrace those differences. As leaders of organizations and companies, the question we ask needs to shift from “What can we offer women that we are already offering men?” to “What can we do to ensure that women and men are equally empowered?’

We have come a long way, and still have a long way to go. From 2001 to 2011, research shows the total wage gap between Qatari women and men grew to nearly 23% for the same hours worked in the same occupations. But I am heartened that we are on the right track, and that more change will come.

Women in the global community may see Qatar as a faraway nation, whose people they have little in common with. But as a woman who calls this nation home, I am confident that we share the same challenges, and can benefit from some of the same solutions.