If you don’t know Bhuvan Bam yet, YouTube him 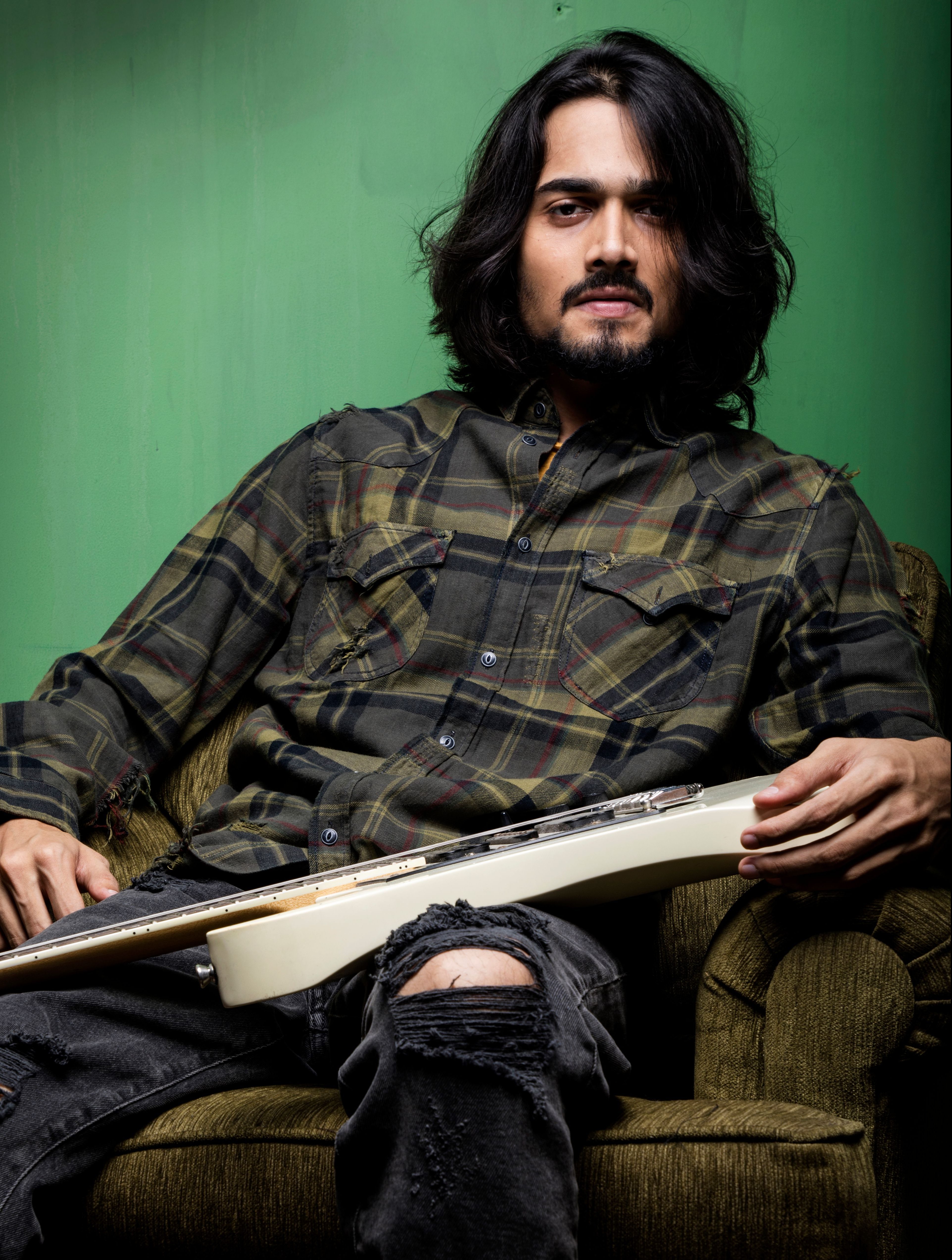 While in fourth grade, Indian internet sensation Bhuvan Bam’s mother enrolled him for vocal Hindustani classical music training. By the time he was in college, every night of the week, from 8pm to 12am, he would play the guitar and sing at a local restaurant in his local restaurant. Music was his thing.

Then, at the age of 21, he found his calling as a comedian.

One day, after a long day of classes, Bam came home to see an absurd TV news report on a flood. “A reporter was asking this lady ‘How do you feel, (now) that you’ve lost your son?’ It was a silly question. I couldn’t control myself. I had to make a satire of it,” says Bam, who made a 15-second video on the incident and posted it on his Facebook page.

To separate his musician and comedian personas, Bam set up the Facebook page . One of Bam’s first comedy videos went viral in Karachi University, Pakistan. It soon found takers everywhere—Dubai, Nepal, Bangladesh—and eventually, the Delhi boy found an avid audience in his home country, too. Bam then created his own YouTube channel.

Since then, the now 24-year-old has created content regularly. In September, he struck jackpot, becoming India’s first YouTuber to hit 10 million subscribers. He even co-produced and acted in a short film, Plus Minus, that released on his YouTube channel in the same month.

Below are edited excerpts from Quartz’s conversation with Bam soon after his short film had released.

Surprisingly, it hasn’t. I still do the same thing I did three years ago. It’s all about a middle-class family and the problems we face every day. I think BB Ki Vines became popular because viewers could relate to it.

When you started out, there were hardly any YouTubers in India. What inspired you?

When I started the channel, there were only TVF (The Viral Fever) and AIB (All India Bakchod) doing this. But I realised the audience they catered to was mostly English-speaking. I thought I should bring some kind of humour I’ve grown up watching—Kader Khan, Johnny Lever, Govinda kind of movies, David Dhawan movies, ’90s and early 2000s movies. And that was a good change for people. The language barrier was at a breaking point.

I went with the flow. I never knew this could be a career option. But as a 21-year-old desperate for people to watch his content and hear his music, I could go to any extent. Creating four videos a week, only a man sitting empty can do it. And I was doing it happily. I didn’t know 10 thousand people were going to join my journey every day.

How do you get the money to make videos?

In my case, my videos are zero-cost productions. I don’t spend a single penny on them. I take 15 to 16 days to come up with a video and do one or two videos a month. That’s a long time. People who have big production houses need to hire people, pay vendors etc.

So monetisation is getting affected. Which is where brands come in. Most YouTubers earn from a third-party brand.

Would you create content just for a brand? Does that not compromise your integrity?

It actually depends on the creator. They might say “whatever the brand says, we’ll do that,” even if it calls for compromising on the script. In my case, I make it clear to the brand that I’m not a salesman. I can show your product as if I use it every day in my daily life but I won’t tell people to buy it.

You acted and produced a short-film on YouTube this year. Why?

I’d never done something like this before. The script was so good, so different. I told them immediately please let’s do this and let’s do it on YouTube because I know YouTube inside-out. I knew content like this has to go on YouTube if you actually want viewership. To ask 10 million people used to free content to go to Netflix and pay Rs600, you’d give up on 60% of people. Plus Minus crossed 10 million views in two days.

We had options like going to production houses but we decided to do this on our own. We wanted to set an example for creatives.

“We haven’t penetrated the market where Bollywood goes” Bollywood actor Varun Dhawan thinks YouTubers are India’s next big stars. Do you agree?

We haven’t penetrated the market where Bollywood goes—the deepest pockets of India. It will take at least three or four years for YouTube to be at par. Only 30% of Indians are on YouTube—70% still haven’t given up on TV—whereas in the West, nobody’s watching TV. Having said that, for us, Bollywood is no big deal now because of YouTube. We get so many mails every day from production houses. It’s a good position to be in.
view Quartz
#restaurant
#english
#production
#youtube star
#reporter
#satire
#views
#bollywood
#song
#facebook page
#hindi
#youtube channel
#comedian
#guitar
#social media star
#aib
#all india bakchod
#tvf
#college
#nepal
#netflix
#dubai
#india
#bangladesh
#language
#youtube
#social media
#music
#news
#facebook
#uncategorized
#bhuvan bam
#the viral fever
#bb ki vines
#varun dhawan
Popular