Half of India’s ATMs could shut down next year 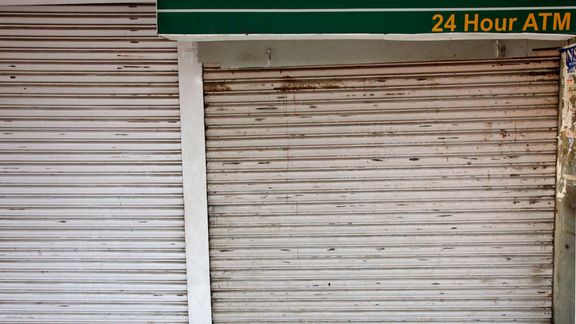 India’s up for another bad bout of cash crunch as half of the country’s ATMs could soon disappear.

Almost 1.13 lakh ATMs in India—50% of the installed number—will have to be shut down by March 2019 as regulatory policies render them financially unviable, the Confederation of ATM Industry (CATMi) said in a release yesterday (Nov. 21). CATMi is the industry body of companies that operate and manage a bulk of these teller machines in India.

It blamed the Reserve bank of India’s (RBI) guidelines issued a few months ago for its woes, saying adhering to them will involve an additional cost of Rs3,500 crore ($491.8 million). Representations made to the central bank and the Indian Banks’ Association (IBA) haven’t helped resolve the issue, it said.

An IBA spokesperson declined to comment and an email sent to the RBI by Quartz remained unanswered.

The RBI’s guidelines for ATMs, issued in April, require operators to improve their physical and security infrastructure, carry out certain software and hardware upgrades, and take risk-mitigation measures.

For the ATM industry, battling non-feasibility for the past few years, this was a tipping point.

It takes anywhere between Rs5 lakh and Rs7 lakh to install an ATM. This is besides the operating expenses of over Rs30,000 per month, including rent and security, that goes into maintaining a machine.

“We only have three months left to finish the upgradation task and if we don’t get the funds immediately we will not be able to finish the job and will have no other alternative but to shut down,” V Balasubramanian, a director of CATMi, told Quartz.

There are three types of ATMs in India.

CATMi represents the brown- and the white-label ATM operators.

White-label ATM operators’ main revenue stream is a share of banks’ interchange fee—the amount one lender pays another when a customer uses the latter’s or a white-label operator’s ATM.

CATMi has been lobbying for a Rs3 hike on interchange fees, but the banks have been resisting, industry players said.

Banks have already been going slow on ATM expansion for the past few years, even closing down operations in certain localities. The number of ATMs in India fell from 2.08 lakh last year to 2.05 lakh in August 2018, according to RBI data.

The closure of a bulk of the ATMs could spark a replay of the chaos that followed the November 2016 demonetisation that led to businesses shutting down, badly hitting and India’s economic growth.

The ATM industry and its allied services employ over 500,000 people, Srinivas said. “Their jobs are at risk if there is no resolution,” he added.

Moreover, since most brown- and white-label ATMs are installed in rural areas, people in the hinterland could be the worst-hit. Many residents of these areas use local ATMs to access the payback on their government subsidies.

Among the many casualties will also be prime minister Narendra Modi’s financial inclusion initiatives.

“The financial inclusion programme would be severely impacted as millions of beneficiaries under the government’s Pradhan Mantri Jan Dhan Yojana (PMJDY) scheme, who withdraw subsidies in form of cash through ATMs, may find their neighborhood ATM shut,” said the CATMi release.