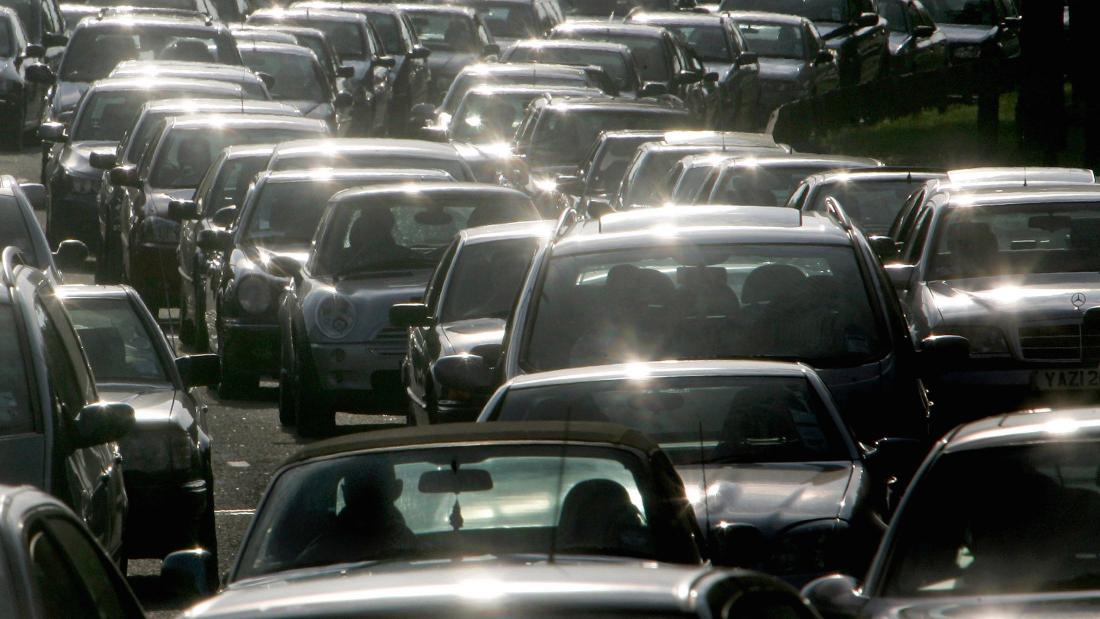 Just over 100 ago, New York newspapers announced the impending arrival of a visiting French philosopher, and the city buzzed. When Henri Bergson delivered his February 2013 series of lectures at Columbia University, New Yorkers were so eager to hear him speak—even though he delivered his philosophical musings in French—that they descended on the campus in the thousands. In the process, his fans caused the very first traffic jam on Broadway.

The link between Broadway’s first traffic jam and Bergson’s lectures was first noted in Henry May’s 1959 book The End of American Innocence: A study of the First Years of Our Own Time, 1912-1917, according to an essay by historian Larry McGrath, and is now the stuff of philosophical legend. (Philosopher Nigel Warburton, host of the ”Philosophy Bites” podcast, mentioned the incident on Twitter earlier this month.) Whether or not Bergson’s arrival was the singular cause of the traffic jam is difficult to definitively determine—perhaps some other prosaic factors contributed to the congestion. But Broadway was unprecedentedly rammed with traffic before Bergson’s first Columbia lecture, and it’s certain that, throughout his visit, the philosopher was treated as a celebrity and met with euphoric adoration.

Americans of the time saw themselves as deeply connected with Bergson. McGrath notes that The Sun, a daily newspaper that rivaled the New York Times in the early 1900s, announced that: “It is peculiarly fitting that Professor Bergson should come to the United States, for it is more directly associated with his philosophy than in any other part of the world.” Indeed, Bergson’s work engaged with both the ideas of American philosopher and psychologist William James, who died two years before his arrival in the United States, and the American philosophical school of pragmatism, which emphasizes that an idea should be considered true if the practical consequences of accepting it work well. More than 2,000 people asked in person or in writing to attend Bergson’s second lecture, writes McGrath, though the lecture hall could only fit 500.

Bergson gave six public US lectures as part of a series called “Spiritualite et liberte” (“Spirituality and freedom”), in which he explored why the question of free will is outside the realm of science and sought to show how thoughts, such as memories, can continue after death, and so are independent of the physical brain. If, “by far the greater part of mental life is independent of the brain, then we have proved the likelihood of survival,” Bergson said, according to McGrath’s essay. (McGrath notes that “survival” should be read as “immortality” here.) “It is for those who do not believe it to prove they are right, not for us to prove they are wrong.” These sentiments reflect Bergson’s broader dualist philosophy, which argues that physical and spiritual things are two distinct realities. (For further details, his foundational ideas are summarized well in a Stanford Encyclopedia entry written by Leonard Lawlor, philosophy professor at Pennsylvania State University.)

The celebrity status New Yorkers accorded Bergson in 2013 reflects a time when philosophers were giants on the world stage, guiding public debates and introducing ideas to the masses. The renowned philosopher, psychologist, and Columbia professor William James, known as the father of American psychology, was one such remarkable figure; his influence was such that president Jimmy Carter’s “Moral Equivalent of War” speech, in which he famously made the case that the efforts needed to deal with the energy crises of the time had the moral urgency of war, is believed to largely based on James’ essay with the same title. (James died just two years before Bergson arrived in New York.) McGrath notes that both Sigmund Freud’s 1909 and Bertrand Russell’s 1914 visits to the US met with popular excitement similar to Bergson’s.

How did philosophers come to lose such popular acclaim and influence in the century since? Growing anti-intellectualism could well contribute to philosopher’s fading popularity. But perhaps Bergson’s April 1922 meeting with Albert Einstein, less than a decade after he spoke at Columbia, points to another aspect of their decline. At the time, the two met as equally significant figures of the era, to debate the theory of relativity and the nature of time. According to the Princeton University Press blog, Bergson was widely perceived to have lost the debate. And, in her book The Physicist and the Philosopher, historian Jimena Canales argues that, following the debate, philosophers more broadly were thought to have lost the authority to speak on matters relating to science.

The traffic jam caused by Bergson is a reminder that there was a time, not long ago, when philosophers were not relegated to the corners of academic libraries, but were embraced and read by all. In the century since, scientists have made significant advances. But they have not quite figured out all details of consciousness, or free will, or any number of great philosophical questions. Perhaps it’s time to pick up Bergson’s writing, and flock to the philosophy lectures, once again.