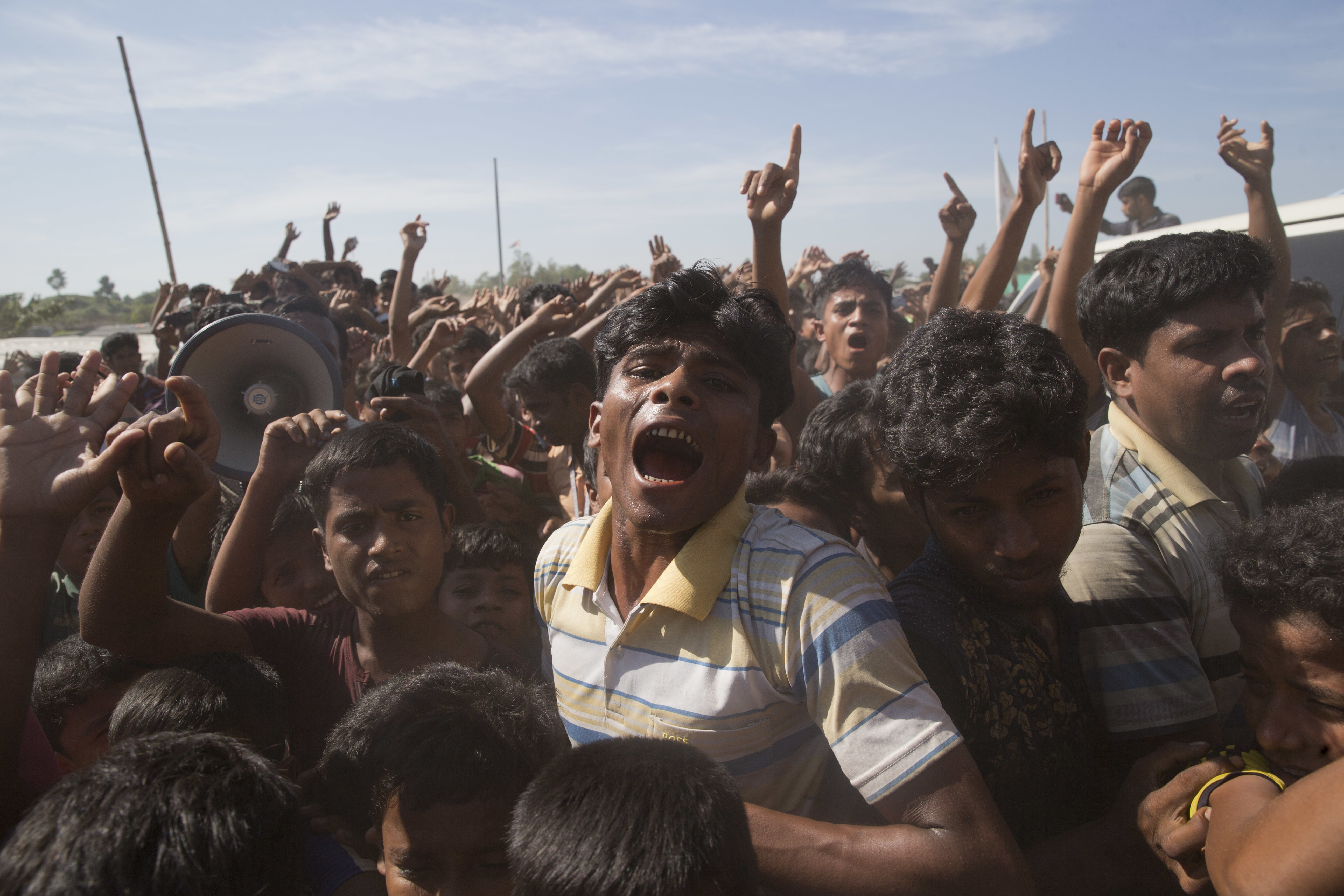 Ahead of repatriations that were set to begin yesterday (Nov. 15), some Rohingya refugees went into hiding for fear of being sent back to the very country where they fled mass killings, rape, and torture.

The United Nations and human-rights groups have urged against the move, saying conditions weren’t safe for their return. And as the deadline agreed with Myanmar ticked closer, Bangladesh, which saw more than 700,000 Rohingya arrive from Myanmar since last August, found no willing takers, forcing it to abandon plans to return the refugees. Authorities, however, wouldn’t say if they would try again today (Nov. 16).

Before yesterday’s deadline, many of the 150 Rohingya due to be repatriated disappeared within the sprawl of camps and into nearby forests while many others publicly protested. Hundreds of people, including children, had chanted “We won’t go!” in response to messages sent over loudspeakers imploring them to return.

“We have arranged everything for you, we have six buses here, we have trucks, we have food. We want to offer everything to you. If you agree to go, we’ll take you to the border, to the transit camp,” said Bangladesh’s refugee commissioner Mohammad Abul Kalam. He told media outlets that authorities “can’t force them to go” but will try to “motivate them” to do so.

But some Rohingya feel they don’t have a say in the matter. “This is forced. This is involuntary. Not one person in the camp wants to go back,” a refugee told Human Rights Watch. “They will kill us if we go back.” Many fear that they’ll be placed in detention camps upon return. In August, the UN said Myanmar’s military exhibited disproportionate force and “genocidal intent” toward the Rohingya in its response after attacks on security outposts by an obscure Rohingya insurgent group last year.

It appears Bangladesh may also be using intimidation as a motivation tactic. It recently stepped up the presence of armed forces in several camps, performing checks and preventing people from moving between camps. “People are too afraid to leave their houses or eat. Some left our block at midnight using secret paths for other camps, especially Kutupalong, where there is not so much fear about repatriation,” one refugee named Qadar told the Guardian. There have also been reports of camp officials threatening and assaulting Rohingya for refusing to cooperate.

“That Dhaka deployed its army into the camps is a red flag that this terrified community is not willing to return,” said Bill Frelick, director of Human Rights Watch’s refugee program.