The worst may be over for the Indian rupee—for now 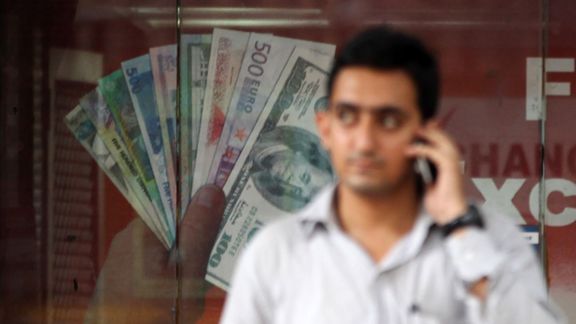 The year-long slippery slope may have ended for the Indian rupee—at least for now.

The sharp depreciation of the currency against the US dollar this year had unnerved markets and threatened to create an economic storm in the country. So much so that, in September, the Narendra Modi government and the Reserve Bank of India (RBI) stepped in with a slew of measures to stem the rout. This included easing the external commercial borrowing norms and relaxing rules for the so-called masala bonds.

However, nothing could stop the rupee from falling to 74-per-dollar levels in October. Analysts even predicted a slide to the 75 mark.

But since then, a combination of global and domestic factors have come to its rescue. On Nov. 14, the rupee closed at 72.31 to the dollar.

In the coming months, the rupee may gain further and settle between 71.50 and 71.20 to the dollar, experts Quartz spoke to said. Cooling domestic retail inflation, the RBI’s market intervention, and, importantly, lower global crude oil prices, have all helped in this.

The worst may be over though currency volatility will remain, the experts added.

Rising crude oil prices were a major pain point for the Indian economy till a few months back. Their rise weighed heavily on the rupee’s value.

In early October, brent crude breached the $85-per-barrel level for the first time in over four years and was expected to cross $100 a barrel. Given that India buys nearly 80% of its fuel needs from overseas, this increased the country’s import bill and created a huge demand for dollars, sinking the rupee in the process.

“In the past few weeks (in October-November) crude oil has fallen nearly 25% from the highs seen earlier this year and that has been the most important factor that has led to rupee gaining some strength,” explained Navneet Damani, vice-president of commodity research at Motilal Oswal Financial Services. “If there is a further fall in crude oil prices, even by 4-5%, then the rupee will appreciate (further).”

Another recent global tailwind for the rupee has been the improved cash inflows into the debt and equity markets from foreign investors. In the first 10 days of November, foreign portfolio investors bought debt securities worth Rs4,557 crore. This is the highest monthly net investment since January. In equities, investors brought in a net Rs215 crore in the same period after witnessing high-value exits in the last two consecutive months.

But some experts argue that the rupee’s current rise is just an ordinary course of events—after a steep depreciation, some correction is inevitable. “Historically, if you look at the rupee’s movement then every appreciation or depreciation is followed by a reversal till the currency finds its levels and we have seen a similar case this time around, too,” explained Dharmakirti Joshi, chief economist at the ratings agency CRISIL.

Hence the currency may not be out of the woods yet.

There are some troubles brewing on the international front. For instance, the dollar has been gaining strength. “So far, the rupee has managed to stay insulated form the dollar gains but it can prove to be a concern,” said Sajal Gupta, head of forex and rates at Edelweiss Securities.

There are domestic factors too. “Considering we are approaching the election year, the markets are expected to remain very choppy and as a result the rupee will be volatile. The appreciation will also be gradual and not steep. At the same time, it is also unlikely that the rupee will breach the (low) levels that it saw earlier this year,” said Joshi.

Antibody tests for Covid-19 are wrong half the time, CDC says