At 50, the Ralph Lauren brand is desperate to reach consumers half that age This year, Ralph Lauren celebrated a milestone: It turned 50. The brand and the person—born Ralph Lifshitz in the Bronx, New York—commemorated the achievement with a party-cum-runway show in September, drawing celebrities including Oprah, Hillary Clinton, and Kanye West. What the company is having a harder time attracting these days are American shoppers, especially young ones.

It can be hard to tell today whether Ralph Lauren stands for mansion-to-ranch living or polos in the bargain bin. The company’s image suffered as it flooded the marketplace with cheap products and relied on struggling department stores that discounted—and diluted—its brand. Whatever Ralph Lauren stands for, it doesn’t seem to be resonating with America’s diverse, often city-dwelling young shoppers.

Sales in North America, which is Ralph Lauren’s largest market and makes up more than half of its business, have been shrinking for years. While the brand recently squeaked out some growth on the strength of digital sales, it expects the rest of the year to be more challenging.

Winning over a new generation of shoppers is a pillar of Ralph Lauren’s turnaround plan. It was also a recurring theme for CEO Patrice Louvet on a call with investors today (Nov. 6) about the recent quarter. Louvet talked about the more than 3 billion social-media impressions Ralph Lauren garnered from its blockbuster anniversary show, which was viewed online by more than 100 million people. To drive this valuable social engagement, the brand said it increased its marketing spend by more than 30% compared with last year.

The brand is also focusing on influencers and celebrities as a way to connect with a younger audience, and is even capitalizing on streetwear’s massive popularity. On Nov. 9, Ralph Lauren is launching a small collection with Palace, a London skate brand similar to Supreme. Among the hyped pieces likely to sell out is a sweater featuring the Polo bear doing a heel flip. 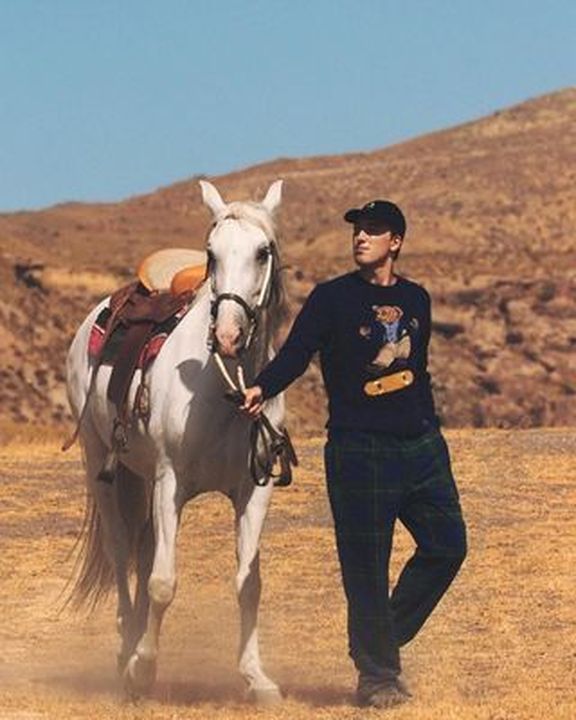 Whether or not it intended to be, Ralph Lauren is a key brand and influence in streetwear, going back to at least the Lo Lifes, a small Brooklyn crew of black and Latino guys who were fanatical about Polo. In the 1980s, the Lo Lifes “collected, flaunted, and, most infamously, stole large amounts of Polo clothing—occasionally storming department stores in so-called million-man rushes,” Melvin Backman explained in the New Yorker (paywall) earlier this year, after Ralph Lauren announced it would reissue one of its particularly sought-after collections from that era.

Given its retail headwinds, the brand may need to keep calling on those roots. Streetwear, like influencers, offers a path to a younger audience. Palace, for example, is heavily promoting their collaboration on Instagram, even describing Ralph Lauren as its “favourite brand in the universe.”

These sorts of plays are great for marketing, CFO Jane Nielsen said on the call, and Louvet added that the key to getting store sales back up was “making sure that our marketing is connecting with a new generation of consumers and getting those consumers excited about what we have to offer.”